Arsenal haven't been as consistent as anyone expected this season and currently find themselves sitting 9th in the Premier League table. Fulham provide the opposition on Sunday and the visitors arrive knowing they really need to start winning games sooner rather than later if they want to remain in the Premier League next season.

Read on for our full match preview and prediction for Arsenal vs Fulham in the Premier League.

Arsenal have won each of their last six games against Fulham, securing a 3-0 victory when the two sides met for their reverse league fixture back in September. The hosts head into this game on the back of a 3-0 win over Sheff Utd, while Fulham have lost each of their last four outings in the Premier League.

Five of the last seven encounters between these two clubs have produced over 2.5 goals. Four of Arsenal's and three of Fulham's last six matches have also seen at least three goals score and we're predicting another goals-filled 90-minutes on Sunday.

Lacazette top scores in the league for Arsenal this season with 13-goals. The French forward scored the opening goal when Arsenal beat fulham earlier in the season and is bang in form right now with 5-goals in his last six league games for the Gunners.

Arsenal are the favourites but Fulham need the points

Arsenal head into this weekend's clash as the bookmaker's favourites to win but they have been inconsistent this season and Arteta needs to address this issue sooner rather than later. However, a 3-0 win away at Sheff Utd last time out should give Arsenal plenty of confidence heading into a home game against another of this season's relegation battlers, Fulham.

The Gunners have an excellent record against their guests but do have injury concerns over David Luiz, Odegaard, Aubameyang and Tierney, four players that offer a lot to the team when fully fit.

Fulham arrive knowing that even a win won't be enough to take them out of the bottom three this weekend, but it would close the gap on Newcastle to 3pts, providing the magpies lose their game against West Ham. Time appears to be running out for Scot Parker and his players, who have struggled to make the step up from the Championship.

Four defeats on the run have left Fulham deflated but a win at Arsenal could give the visitors the boost they need heading into their last five matches. Lookman, Rodak and Cairney look likely to miss out once again due to injury. 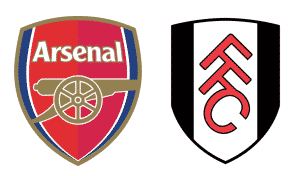