Our Top Tips for Crystal Palace vs Arsenal

Crystal Palace face a tricky home game to get the new Premier League season underway but did thrash Arsenal 3-0 back in April. Arteta will be aiming to take his Gunners side into the Champions League this season, so winning games like Palace away will be crucial to the Spaniard achieving his goals.

We're predicting goals in this game as four of the last six meetings between these two clubs have produced over 2.5 goals, including the Eagles' 3-0 win against Arsenal back in April. At least three goals have also been scored in five of Crystal Palace's last six matches while five of Arsenal's last six fixtures also produced over 2.5 goals, adding plenty more weight to our prediction for Friday's clash in the Premier League.

Both teams have found the back of the net in four of the last six head-to-heads between Crystal Palace and Arsenal in the Premier League. Five of the host's last six outings, all friendlies, have also ended with both teams getting on the scoreboard while three of Arsenal's last six matches have ended the same way, so you can see why we're not convinced that either side will keep a clean sheet in this game.

Arteta looking to get the Gunners off to a winning start

Crystal Palace comfortably avoided relegation in Patrick Vieira's first season in charge but now the Frenchman will be expected to build upon an excellent 12th-place finish by taking the Eagles into the top half of the table. Palace have brought in Doucoure from Lens, Richards from Bayern Munich and Johnstone from West Brom so far this window but need to add a couple more before August ends.

Arsenal missed out on the Champions League last season by 2pts, finishing behind their arch-rivals Tottenham. Arteta will have been tasked with breaking into the top 4 this time around and the Spaniard has so far brought in three major signings to help him do that, Jesus and Zinchenko from Man City and Porto's Fabio Vieira.

Crystal Palace: the home side are expecting to be without the services of Johnstone, Butland, McArthur and Olise for the first game of the season.

Arsenal: Vieira, Tierney, Smith Rowe and Tomiyasu are all injury concerns for the visitors ahead of their short trip to the Eagles.

FAQ about Crystal Palace vs Arsenal 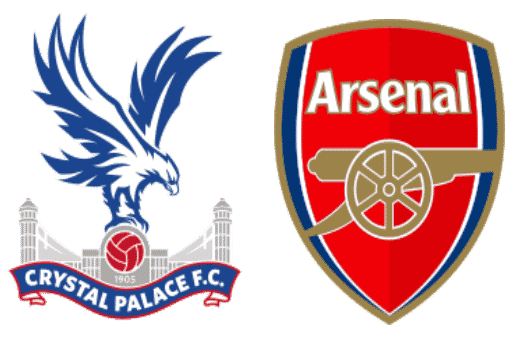