Brentford might head into Sunday's Premier League clash with Arsenal as the underdogs but the Bees are at their strongest at home and on their day, they can cause the Gunners plenty of problems. Arsenal sit top of the table heading into this weekend's fixtures but only a win on Sunday will ensure they remain in first place during the international break.

We're expecting goals in this game as both of these teams like to play forward-thinking football that can, at times, cost them defensively. Three of the pair's last five meetings in league and cup have produced over 2.5 goals, and we're backing at least three goals to be scored on Sunday. Three of Brentford's and each of Arsenal's last six outings in all competitions have ended with at least three goals being scored, so you can see why we're expecting the goals to flow this weekend.

Three of the last five encounters between Brentford and Arsenal have ended with both teams getting on the scoreboard and each of those games have produced at least three goals. Both teams have also found the back of the net in four of Brentford's last five matches and in five of Arsenal's last six outings, so you can see just why we're not backing either side to keep their clean sheet intact this weekend.

Everything you need to know about Brentford vs Arsenal

Brentford put in a five-star performance at home to Leeds last time out. Top-scorer Toney went home with the match ball after putting in a man-of-the-match display, completing his hat trick in style against a leaky Leeds defence. Despite conceding twice, Brentford never really looked in trouble against Leeds and ended up running out 5-2 winners in the end.

Arsenal's unbeaten start to the season came to an end when they made the trip to Old Trafford. Man Utd's new signing Antony scored the opening goal in the 35th-minute and despite Saka equaling for the Gunners on the hour mark, Rashford netted two goals after that and the home side ran out 3-1 winners.

Brentford: Christian Norgaard, Ethan Pinnock and Sergi Canos could all miss out again this weekend due to injury. 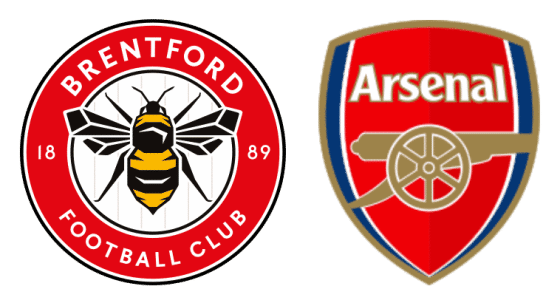