With eight games played in Group J, both Armenia and North Macedonia have 12pts on the board and are still in the race to qualify for Qatar 2022. We're expecting a tight, tense and competitive 90-minutes between these two teams just as we witnessed when the pair locked horns in North Macedonia in September.

Here are our predictions for Armenia vs North Macedonia.

North Macedonia have picked up 4pts from their last two away games in Group J and we're backing the visitors to pinch another 3pts on Thursday. We, expect the game itself to be very close but believe that North Macedonia have slightly the better squad, especially in the attacking third, and that will be the difference on the night. Armenia have lost three and drawn three of their last six matches in all competitions, while their guests beat Liechtenstein 4-0 in their last away game.

This game is likely to be tight and tense throughout with little in the way of goalmouth action, so we're backing under 2.5 goals to be scored. Three of the last five meetings between these two countries have witnessed fewer than three goals scored, while four of Armenia's last five outings have also produced under 2.5 goals.

These two teams are locked on 12pts apiece in Group J

Armenia made the trip to Romania last month where a solitary first-half goal from Mitrita proved enough for the home side to secure an important 3pts in the race for the runners-up spot in Group J. Armenia will have been disappointed to lose this important game but they can't have too many complaints as they just haven't been causing enough problems for their opponents in the final third lately.

North Macedonia played host to the group's runaway leaders Germany last time out and suffered a heavy defeat. All of the visitor's 4-goals arrived in the second half, two of Werner and one apiece for Havertz and Musiala. Germany dominated the game but North Macedonia will have expected to lose that match but won't accept another defeat on Thursday when they face Armenia.

Armenia: Hrayr Mkoyan and Gevorg Ghazaryan are the most noticeable absentees from the Armenia squad this week.

North Macedonia: Martin Bogatinov, Egzon Bejtulai, Boban Nikolov, Arijan Ademi, Ferhan Hasani, Agim Ibraimi and Ilija Nestorovski have not been called up by the visitors, some due to injury. 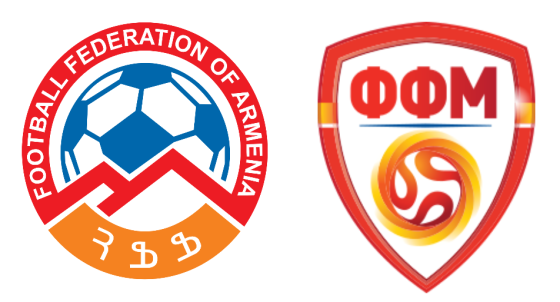