Akin to the previous campaign, Lyon stumbled in the opening round of Ligue 1. They travel to the Stade Raymond-Kopa for their next league commitment against Angers SCO. The hosts had a perfect start to the campaign, winning 0-2 at the expense of Strasbourg.

Angers to Win or Draw

Lyon has not lost to Angers since December 2015. They have accumulated eight wins and two draws against their Ligue 1 rivals in this period. We expect Les Scoistes to improve their losing record in this meeting given Lyon's poor start to the campaign and loss of key players. The fact that Peter Bosz has five players missing to injury at this stage of the campaign does not add confidence in Lyon's chances.

Both Angers and Lyon showed their scoring prowess in their opening round outings. The hosts were on the road against Strasbourg but it did not stop them from plundering two against their rivals. Les Gones did not have the best of results as Brest drew 1-1 at the Groupama Stadium. With both Angers and Lyon troubling the scorers, we expect them to combine in a mouth-watering goal-fest that is enjoyed by fans and neutrals alike.

In their last three meetings, Lyon has easily claimed the three points on offer whilst keeping clean sheets. With Brest managing 13 shots on goal with 8 on target for their solitary strike against Les Gones, we expect Angers to improve their tally. Les Scoistes were prolific with their 9 attempts on goal and should be able to trouble the depleted Lyon squad.

Angers vs Lyon: Check out the best odds and the latest stats

Match Preview of Angers vs Lyon

Lyon to battle with Angers at Stade Raymond Kopa

For the seventh year in succession, Angers SCO started the campaign with a win. Strasbourg were their unlucky rivals but their next challenge will not be as easy. Olympique Lyon would have a burning desire in them following their 1-1 draw with Brest at the Groupama Stadium. The stakes are higher in the league this time around as global audiences turn to France following the arrival of Lionel Messi.

Bas Dost will want his charges to give a good account of their abilities, especially after losing Memphis Depay to Barcelona on a free transfer. The Dutchman was their leading goalscorer over the past four seasons and his departure was felt as Lyon could only muster a single goal on the scoreboard despite creating 26 opportunities.

Questions About Angers vs Lyon 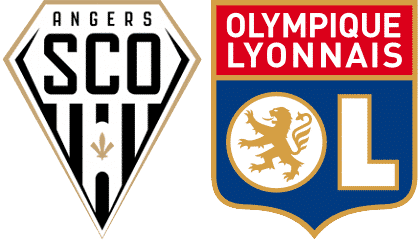 Where is the game being played? Stade Raymond Kopa.

Which team is the favourite to win? Lyon.