None of Albania or Andorra has enjoyed a great time in the WC Qualifiers and will face each other for the last engagement of the First Round on Tuesday, 16 November. Both teams have been eliminated from the race of the World Cup in Qatar and are playing for consolation points and bragging rights.

Here are our predictions for Albania vs Andorra.

Albania have two consecutive defeats prior to this match but they held a three-match winning streak before that. On the other hand, Andorra also enters the game on the back of a defeat and they have claimed only one victory in the last five games, losing all remaining four. Albania has done better in the WC Qualifiers than their coming rivals and also have domination in the H2H matches against Tricolors. The Eagles have won three of the last four H2Hs and drew the remaining one. So our first pick for the match would be the hosting team to go with the lead and get three points.

The Eagles have done quite well in terms of scoring when they won the recent matches but Andorra are lagging in their attacking line. Albania have seven goals in the last five games while Tricolors have hit the back of the net five times in the same duration. Three of the last five H2H matches between the teams gave a total of under 2.5 goals and we would expect this game as well to follow the trend.

Albania didn’t score in their last two games but they have been well in their home stadium in this regard and have nine goals in the last five home games. Their coming rivals also didn’t score in two of the last five games. So it seems difficult to see a BTTS outcome in this match but with the help of home advantage, Albania are likely to find the back of the net at least once in this match. Four of the last five H2Hs between the teams have featured the same pattern.

Albania vs Andorra: Check out the best odds and the latest stats

The Red and Blacks were quite good till their seventh match of Qualifiers but lost the chance to play in the next round after the last two consecutive defeats. Albania are third in their group with five wins and four defeats. They got a huge setback in their last match against England where they lost 5-0.

Tricolours have managed only two wins in the nine games of the First Round of WC Qualifiers and stand in the fifth position of Group I. They lost their last match against Poland on the group stage by giving the lead of 1-4 to the opposition. Albania got both of their wins of the qualifying round against San Marino that are last in their group.

Questions About Albania vs Andorra 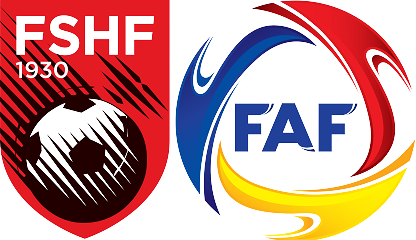 Where is the game being televised? DAZN Japan and COSMOTE Sport.

Where is the game being played? Air Albania Stadium.