The first match in the upcoming La Liga round is the Alaves vs Sevilla duel, so check our preview of this game and some of our free betting predictions.

Our favourite Alaves vs Sevilla betting tips and picks

If you are not sure what is the best bet for the Alaves vs Sevilla duel, check our top betting tips for this game right here:

While they are still six points behind Real Madrid in the race for the title, there's a lot of games left to play in the season and Sevilla still has a good chance to be there at the end.

With that in mind, we can's see Alaves standing up to them in this game, especially after their poor run recently. After all, Sevilla beat Alaves in three of their last four h2h duels.

Three of the last five head-to-head meetings between Alaves and Sevilla have gone under 2.5 total goals and we expect the same to happen in their next game.

The latest odds, stats, and more for Alaves vs Sevilla

If you are trying to find the best Alaves vs Sevilla odds, check our list of odds from the top UK betting websites:

Recent form, news, and probable lineups for Alaves vs Sevilla

While the guests are the obvious favourite, this could be an interesting match after all. So, here's a closer look at both teams ahead of it:

It's been a tough couple of months for Alaves since the team went on a poor streak in which they saw just one win in eleven games. Clearly, that cemented their position in the relegation zone, but Alaves still hasn't been written off. After all, more than ten rounds are yet to be played and Alaves is currently just four points behind the first team outside of the relegation zone.

When it comes to team news, Alaves will be without Mamadou Loum who will have to serve a suspension. Meanwhile, the team has a clear injury list at the moment.

A win over their city rivals Real Betis in the last round was a huge one for Sevilla, allowing them to remain fairly close to Real Madrid, the league leaders. Sevilla is still six points behind them, which is not a lot, especially since Sevilla drew in four of their last six games in La Liga before beating Betis.

Karim Rekik and Alejandro Gomez are still out, joined by Suso who will likely miss the entire month. Meanwhile, Jules Kounde is back after serving his suspension, while Anthony Martial and Erik Lamela are probably for the next game if they are fit enough after recovering from their injuries.

The frequent questions for Alaves vs Sevilla 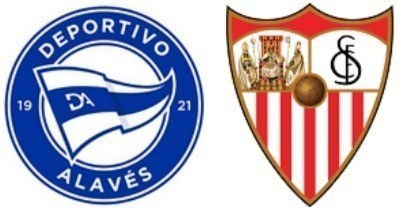