Perhaps the closest matchup in the upcoming round of La Liga is the Alaves vs Real Sociedad duel. So, we have prepared a detailed preview of this game just for you, along with free betting tips.

If you are looking for the best La Liga predictions, including our top betting tips for Alaves vs Real Sociedad, you can find them right here:

Alaves and Real Sociedad to Draw

Two of the last four h2h duels between Alaves and Real Sociedad ended without a winner and we expect the same thing to happen on Sunday.

After all, both teams are in poor form, but Real Sociedad will also miss more than a few players who have tested positive for COVID. So, a draw in this match sounds like a reasonable prediction.

Alaves and Real Sociedad to Draw at Half Time

Since we expect this match to end in a draw, we can also see the teams being tied at half time. After all, that is the most common way for the matches that end in draws to go at half times.

In addition to this, three of the last five head-to-head duels between Alaves and Real Sociedad have been tied at half times, which bodes well for our prediction.

The latest stats and top odds for Alaves vs Real Sociedad

You don't have to spend a lot of time looking for the best odds for Alaves vs Real Sociedad – we have them all right here:

With both teams in poor form at the moment, this should be an exciting game. So, let's take a look at the teams now:

This entire season for Alaves has been filled with hot and cold streaks, with the cold streaks being the more dominant one. In fact, Alaves is in poor form at the moment as well, with four losses and two draws in the last six games. This is why Alaves is currently in the relegation zone and why they will likely have to fight for survival until the very end of the season.

Luckily for them, Alaves seems to be unaffected by the ongoing rise of coronavirus cases in Spain, unlike most other teams. So, they will be able to field the strongest possible team, minus the injured Navarro.

After a great start of the season and a fantastic run during which they even held the top place in La Liga, Real Sociedad dropped down in form and in the standings. The team has lost four games in a row and they are now fifth in the league, but overall it's been a good season so far for the team from San Sebastian, especially since they also progressed to the next round of Europa League.

However, Real Sociedad is also dealing with coronavirus outbreak at the club since thirteen players have tested positive so far. The team has not disclosed the names of the players yet, so take our predicted lineup with a grain of salt. Also, Fernandez and Monreal are injured, while Oyarzabal has to serve a suspension.

The most usual questions for Alaves vs Real Sociedad 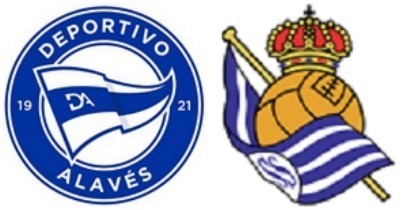