One of the closest duels in the upcoming round of La Liga is the Alaves vs Athletic Bilbao duel, so check our preview of this match to learn more about it.

Our free betting predictions for Alaves vs Athletic Bilbao

If you are struggling to find the best bet for the Alaves vs Athletic Bilbao duel, check our top betting tips for this game:

Alaves and Athletic Bilbao to Draw

While we have only seen these two teams draw in one of their last five meetings, we can see their upcoming duel ending without a winner for sure.

The reason lies in the fact that the neither team is in great form, although Athletic Bilbao is obviously better team on paper and according to standings. Still, Alaves has the quality to surprise better teams and they need a good result to get out of the relegation zone. All this taken into account, a draw sounds like the most realistic outcome.

Alaves and Athletic Bilbao to Draw at Half Time

Since we can see this match ending without a winner, we can also see the teams being tied at half time – especially since this match shouldn't have a lot of goals.

In any case, three of the last five head-to-head duels between Alaves and Athletic Bilbao have been tied at half times and we expect that trend to continue on Sunday.

Top odds and useful stats for Alaves vs Athletic Bilbao

If you are looking for the best La Liga odds, including the odds for Alaves vs Athletic Bilbao, check our website to find them:

Team news and potential lineups for Alaves vs Athletic Bilbao

This is a very close game and an interesting one, so let's take a closer look at both teams before they meet on Sunday:

It seems that Alaves has played in waves this season, alternating between a few good results and a few bad ones. Unfortunately for them, the bad streaks have lasted much longer, including the latest one in which Alaves failed to win in the last seven games. Overall, Alaves has sixteen points and they are currently the first team in the relegation zone.

On the bright side, Alaves seems to be in good shape in terms of health since Ximo Navarro is the only injured player at the team. Pere Pons is also questionable, but more likely to play than not.

With two wins, one draw, and three losses in the last six games, Athletic Bilbao has been pretty much unpredictable lately. In fact, the Basque team has been pretty inconsistent the entire season so far. Still, the team is sitting right in the middle of the standings and are actually not that far from a spot in European competitions, if they can string together a few good results at some point.

Berchiche remains out at the moment, while Villalibre and Capa are doubtful with injuries. Other than these three players, Athletic Bilbao has no more problems and we will likely see a team like this:

The most common questions for Alaves vs Athletic Bilbao 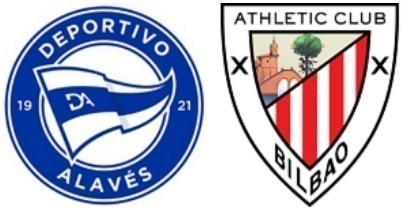