Kalmar have started to slip down the table in recent weeks and could find themselves in the bottom half before long if their poor form continues. AIK are pushing for the Allsvenskan title this season and currently sit 3pts behind table-toppers Djurgarden and a point behind Hacken, so a win would keep the pressure on the top two and could be enough to send AIK into first place.

AIK have won three of their last six meetings with Kalmar, including a 1-0 home win just last month. We're backing the visitors to make it four wins from five this weekend against a Kalmar team that have lost two of their last three league games and look short on goals right now.

We're expecting another tight and tense 90-minutes between these two teams as one goal proved enough for AIK to get the better of Kalmar last month. Under 2.5 goals have been scored in each of the last five meetings between these two clubs, while five of Kalmar's and three of AIK's last six outings in all competitions have also produced under 2.5 goals.

Everything you need to know about Kalmar vs AIK

A win could send AIK top of the Allsvenskan

Kalmar were fancied to get a win from their last game away at struggling Degerfors but things didn't go to plan. Degerfors took an early lead in the game, giving the home side a much-needed boost in confidence. However, Kalmar equalised right on the stroke of halftime through Berg and would have fancied themselves to turn the game in their favour after the restart. Instead, it was Degerfors who scored next, going 2-1 in front in the 63rd-minute, and Kalmar failed to carve out a second equaliser in the time remaining.

AIK needed to be at their very best to claim a win away at Varnamo last weekend. Guidetti fired the visitors in front after 23-minutes but early in the second half, Varnamo scored two quick goals to move 2-1 in front. AIK needed a response and they got one, a lucky one to say the least as Tihi put through his own goal to get the visitors back onto level terms just moments after going behind. Stefanelli made himself the hero of the hour when he put AIK back in front with 21-minutes remaining, helping his side to a 3-2 victory.

AIK: Per Karlsson is the main injury concern for the hosts and is expected back in training soon.

Kalmar vs AIK – Your Questions 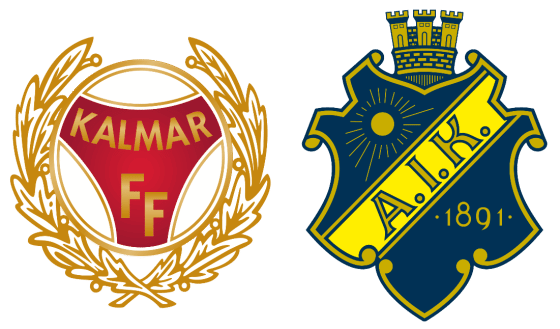