FW Predictions for AGF vs Viborg

AGF will be hoping to get their first points of the new season on the board when they play host to Viborg on Sunday. The visitors have a midweek Conference League qualifier to negotiate before they can put their full concentration into this weekend's clash with AGF, something the hosts will be looking to take advantage of.

There is a good chance that we will be treated to goals in this game, which could include both ends of the pitch. Over 2.5 goals have been scored in three of AGF's last four matches and in each of Viborg's last two outings, one of which ended in a 5-4 victory over Horsens. The hosts haven't kept a single clean sheet in their last five attempts, while Viborg have conceded in each of their last three fixtures.

AGF vs Viborg: The Latest Stats and Markets

AGF made the trip to Brondby for their first game of the new season, in what turned out to be a tight and tense affair. The first half ended goalless and as time ticked away it looked like one goal would be enough to win the game. In the 79th-minute Divkovic setup Slimane who fired Brondby in front and on their way to all 3pts.

Viborg had the home advantage in their first game of the season against AaB, where Lauritsen put the home side in front just before the break. AaB looked like they might have snatched a point when Hagelskjaey equalised in the 77th-minute but Bech put Viborg back in front 5-minutes from time. Lauritsen went from hero to villain when he picked up a red card in stoppage-time but luckily for the defender, his teammates held firm to secure the win.

AGF: Oliver Lund and Benjamin Hvidt are both rated as doubtful to feature this weekend due to injury.

Viborg: Mads Lauritsen is suspended, while teammates Mikkel Andersen, Alassana Jatta and Lamin Jawara could miss the game through injury. 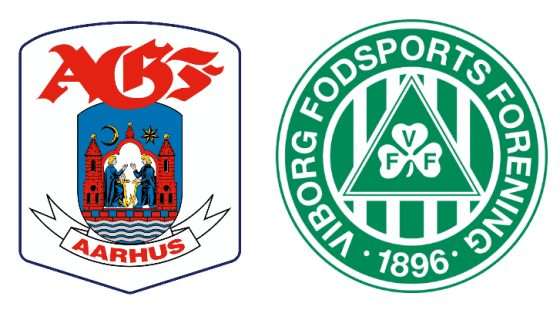