AC Milan sit 4pts behind their arch-rivals Inter in the Serie A table and will be hoping to close the gap on their local rivals on Thursday. Roma lost at home to AC Milan earlier in the season and currently sit 6th in the table but could move up one place above Juventus if they can win at the San Siro.

Over 2.5 goals have been scored in five of the last seven league meetings between these two clubs and we're expecting another action-packed 90-minutes on Thursday. Three of AC Milan's last six outings have witnessed at least three goals scored, while three of Roma's last five matches have also produced over 2.5 goals.

There is a good chance that we will be treated to goals at both ends of the pitch when AC Milan take on Roma, just as it has been in six of the last seven head-to-heads between the pair. Three of AC Milan's last four fixtures have ended with both teams scoring and both teams have found the back of the net in three of Roma's last four outings as well.

All you need to know about AC Milan vs Roma

AC Milan picked up 3pts from their last league game away at Empoli in what was an action-packed 90-minutes. Kessie scored twice in the first half and AC Milan lead 2-1 at the break with the second-half following a similar pattern thanks to goals from Florenzi and Hernandez which put the visitors 4-1 up before a late penalty for Empoli made the final scoreline 4-2. AC Milan remain 4pts behind the league leaders heading into this week's clash with Roma and can't afford to drop many more points in the race for the Serie A title.

Roma had the home advantage against Sampdoria but failed to make it count as the game ended in a 1-1 draw. Neither side could find a breakthrough in the first half but when Shomurodov put Roma 1-0 up in the 72nd-minute, the home fans must have thought that their team would go on to win the game. However, Gabbiadini continued his excellent run of form in front of goal by scoring an equaliser for Sampdoria with just 10-minutes left on the clock.

Roma: Fuzato, Mayoral, Abraham, Pellegrini and Spinazzola could miss the trip to Milan for the visitors. 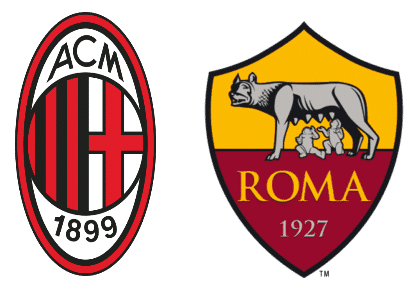