Due to their recent struggles to covert chances, AC Milan are in danger of losing the top spot in Serie A on Friday when both they and Inter Milan are in action. AC Milan go up against a struggling Genoa side in the thick of a relegation battle and in desperate need of points.

While this fixture usually produces plenty of goalmouth action, the p[erformances of both teams of late suggest that Friday;s clash could well be goal-shy. Under 2.5 goals have been produced in each of AC Milan's last six outings in which Milan have scored three goals and conceded none, while five of Genoa's last six matches have witnessed under 2.5 goals scored and the visitors have failed to score in four of those fixtures.

Goal-shy AC Milan at risk of losing the top spot

AC Milan would have been expecting a tricky afternoon away at Torino but it was their own lack of a cutting edge that cost them 2pts on the night. The game itself finished goalless but really AC Milan should have won. That draw means that Inter Milan now sit 2pts behind them in the Serie A table but have a game in hand so could end up a point ahead if they take maximum points.

Genoa might have had the home advantage against Lazio at the weekend but it didn't help them one iota. Lazio took the lead just after the half-hour mark and went in at the break 2-0 up thanks to a stoppage-time effort from Immobile. The very same player went on to score two more goals in the second half, completing his hat trick and making Patric's own goal in the 68th-minute insignificant as Genoa lost the game 4-1.

Genoa: Rovella, Cambiaso and Vanheusden could miss the trip to the San Siro through injury. 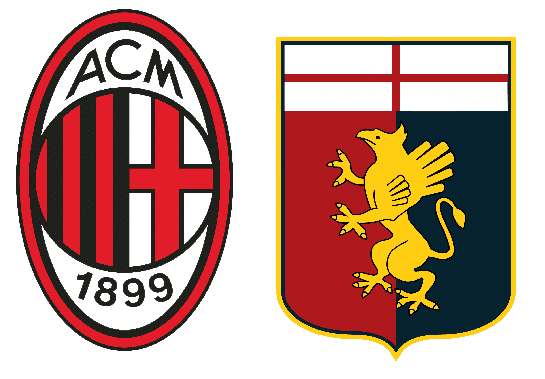