Hosted in Germany, the 2006 world cup was the 18th such tournament, the 10th to be hosted in Europe. Germany played host for the second time in history but it was the first as a unified country (West Germany hosted in 1974). In this article, we will share everything that happened during the world cup 2006 from qualification to the final. 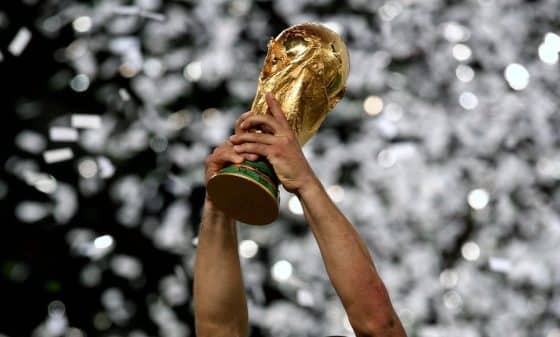 Six years prior, a vote was held in Zurich, Switzerland to determine who will host the world cup in 2006. FIFA members did three rounds of voting until Germany was finally chosen as host. Other possible choices included Morocco, England, and South Africa. However, right as the vote was decided, controversy struck. A lot of journalists made claims that FIFA delegates were either bribed or pressured to vote for Germany. It was a full-blown scandal but FIFA decided to sweep things under the rug and hold the 2006 world cup in Germany anyway.

198 teams were part of the qualification process with 31 of them qualifying for the final tournament. The final spot was for Germany who earned automatic qualification as hosts. A lot of history was made during this qualification process. Angola, Ghana, Ivory Coast, Czech Republic, Togo, Ukraine, Trinidad & Tobago, and Serbia & Montenegro qualified for the last part of the tournament for the first time in history. The Czech Republic and Ukraine featured as independent nations for the first time. It was a new experience for Serbia & Montenegro as well. In previous editions, they competed as Yugoslavia in this competition.

The 2006 world cup was also the last time Uruguay didn't qualify. However, they were not the only regulars to fail. Nations like Turkey, Senegal, Egypt, Cameroon, and Belgium weren't part of the final stages of this tournament. Nigeria, Denmark, and South Africa also broke their qualification streaks as they failed to qualify for world cup 2006. Qualifying nations include: 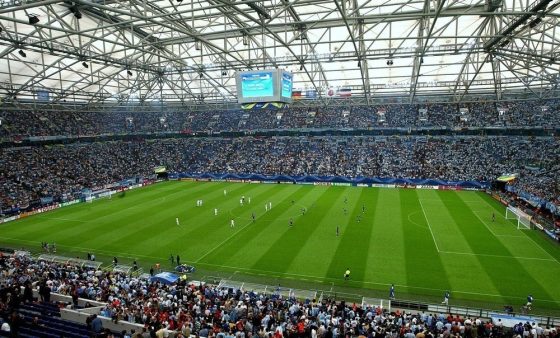 The 2006 world cup England squad had a lot of talent but they failed to reach the final. They cruised through the group stage by beating Paraguay and Trinidad & Tobago and drawing with Sweden. England was first in the group and faced Ecuador in the last 16 rounds. They won thanks to a free-kick goal from David Beckham. However, their story was over in the quarter-finals against Portugal. After a goalless encounter, the penalty shoot-out curse took down the Three Lions. They missed 3 penalties and 2006 world cup England crashed out of the tournament.

Top-rated nations showed their quality immediately. Brazil, Argentina, Germany, Italy, Spain, France, England, Netherlands, and Portugal all qualified for the last 16 phase. Most of them finished top in their groups as well. Germany beat Sweden 2:0 to advance while Argentina took down Mexico 2:1 after extra time. Italy needed just one goal to go past Australia and Ukraine surprised Switzerland by beating them on penalties. England and Portugal both scored just one goal against Ecuador and Netherlands to reach the quarter-finals. Lastly, Brazil dominated Ghana with a 3:0 performance while France outplayed Spain and beat them 1:3.

In the 2006 world cup quarter-finals, Germany was better than Argentina on penalties while Italy dominated Ukraine. England crashed out on penalties against Portugal while France took down Brazil, another huge title contender. Les Bleus needed just one goal against Portugal in the semi-finals to book a spot in the final. Italy was the second finalist after scoring two goals past Germany in extra time. Germany won the third place fixture by beating Portugal 3:1 but now it's time to talk about the 2006 world cup winner.

France almost crushed out of the tournament in the group stages yet ultimately reached the final. Led by Zinedine Zidane and David Trezeguet Les Bleus looked like they could become champions. Italy, on the other hand, was quite comfortable in all their fixtures. After eliminating hosts Germany, they became favourites to win in the 2006 world cup final. They relished the chance of meeting France as they wanted revenge for how France beat them in the Euro 2000 final.

Les Bleus took the lead in the 7th-minute thanks to a panenka penalty from Zinedine Zidane. The Italians responded in the 19th minute thanks to a masterclass from Marco Materazzi. After the equalizer, the 2006 world cup final turned into the French show. They dominated the fixture but failed to score and the game went into overtime. Right around the 110th-minute mark, one of the biggest moments in football history occurred. After an altercation, Zidane went from hero to zero as he got a red card for headbutting Materazzi. The fixture was then decided by a penalty shootout. Euro 2000 hero David Trezeguet was the only one who missed a penalty and Italy became the 2006 world cup winner.

How many people watched the 2006 world cup?

It was one of the most watched events in TV history with more than 26 billion cumulative views.

Who was the top scorer for England?

A lot of great names performed admirably during the tournament. However, Fabio Grosso who scored against Germany to propel Italy to the final and then scored the decisive penalty in the final was the unsung hero of the tournament.

Zinedine Zidane got the award for the best player in the 2006 world cup final.