Wolves picked up their second win in three Premier League games when they beat Southampton last time out, while this weekend's visitors, Newcastle, are yet to win any of their opening six matches of the new season.

Here are our predictions for Wolves vs Newcastle

This is a fixture that has a strong recent history of draws and we're backing the pair to play out another stalemate on Saturday. Five of the last six meetings between these two clubs have ended in 1-1 draws and with Wolves yet to win at home this season and Newcastle drawing four of their last five matches in all competitions, we could have another stalemate on our hands this weekend.

Saint-Maximin is Newcastle's star player and in the absence of the injured Callum Wilson, the French winger has been tasked with scoring more goals for his struggling club. Saint-Maximin has scored 2-goals in the Premier League this season and whoever and wherever he plays, he always causes the opposition's defence plenty of headaches. We're backing Saint-Maximin to score against Wolves on Saturday.

Jimenez scored his first goal since suffering that horrible head injury and now Wolves will be looking to their star striker to lead them further into mid-table and away from the relegation zone. Jimenez scored 13-goals in his first Premier League season and 17 in his second, but only managed to net 4 times during the 2020/21 campaign after having his season cut short by a terrible head injury. After scoring the winning against Southampton, we're backing Jimenez to score in front of the Wolves fans on Saturday.

Jimenez scored a fantastic goal to secure Wolves all 3pts against Southampton last time out and end his mini goal drought. Wolves were well worth the 3pts against Southampton but need to sort out their home form if they are going to avoid getting involved in a relegation battle this season. So far, Wolves have lost all three of their league games at Molineux but have managed to win their last three away games in all competitions.

Newcastle once again go in search of their first win of the new season after only managing a draw at Watford last time out. Newcastle have proven to be a tough team to beat of late though, drawing four of their last five matches (after 90-minutes) and just need to make that extra step and secure their first win so that they can kick-start their campaign. Wolves will be confident heading into this weekend's clash but Newcastle know that the home side haven't picked up any points in their own backyard, making this a great opportunity to end their own winless run.

Wolves: Ait Nouri, Jonny, Neto, Mosquera and Bueno are all injury concerns for the home side this weekend.

Newcastle: the visitors have doubts over the fitnesses of Shelvey, Wilson, Dubravka, Lascelles, Dummett and Woodman ahead of their trip to the Midlands. 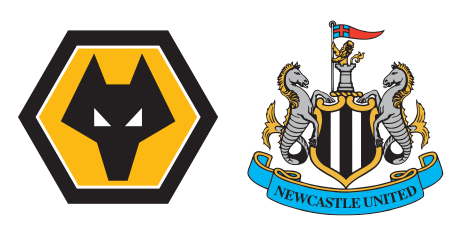