Wolves have won their last three home games against Crystal Palace and have outplayed the Eagles in most departments so far this season. The hosts sit 10pts clear of Crystal Palace in the Premier League table and were victorious in their last home game against Leicester. Crystal Palace are in decent form though, having lost just one of their last six fixtures in all competitions, so Wolves will need to be at their best this weekend and it will help that they have had a couple of days extra to prepare with Palace in FA Cup action.

We're not expecting there to be many goals in this game as each of the last eight meetings between these two clubs have produced under 2.5 goals. Fewer than three goals have also been scored in four of Wolves' and four of Crystal Palace's last six outings in league and cup, adding further weight to our prediction for a low-scoring 90-minutes.

All you need to know about Wolves vs Crystal Palace

Wolves made a few changes for their trip to West Ham on Sunday and while Wolves put in another decent defensive display, they lacked quality in the final third. A solitary goal from Soucek in the 59th-minute proved enough for West Ham to secure all 3pts against Wolves and the Midlands club will have to show more creativity in the final third if they want to beat Crystal Palace this weekend.

Crystal Palace were involved in FA Cup action on Tuesday night, playing host to Championship side Stoke City. The first half was well fought but failed to produce any goals with the deadlock being broken in the 53rd-minute by Kouyate. However, Stoke got back onto level terms 5-minutes later and the Eagles needed a late goal from defender Riedewald to secure safe passage into the next round. Palace will be hoping to reduce the gap between themselves and Wolves to 7pts this weekend and should feel confident due to their hosts losing their last two matches.

Wolves: Nelson Semedo is the major injury concern for the home side this weekend.

Crystal Palace: Nathan Ferguson will miss out again for the visitors, while Joel Ward is also a doubt. 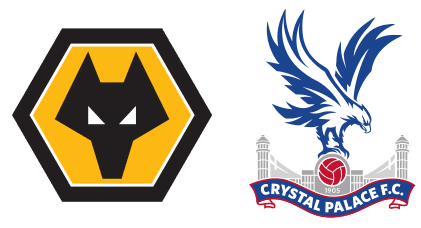