Top free betting tips and odds for Wolfsburg vs Hoffenheim

Wolfsburg recorded their second win since mid-November 2021 and will hope they make it three in three against Hoffenheim. Sebastian Hoeness's men will not be easy to tackle as they ended their miserable losing streak last weekend.

Wolfsburg are not a team to bet your house upon. Having said that, they have the squad and recent results bias going in their favour against Hoffenheim. Die Kraichgauer only ended their four-match losing streak against relegation-threatened Arminia Bielefeld and the dressing room will be far from calm. Their last visit to the Volkswagen Arena ended in a 2-1 and we do not see them getting the better of Die Wolfe in this meeting.

After failing to score in four successive matches, Wolfsburg has hit the back of the net six times in their last two outings. It is the goals conceded column that has seen the most improvement with just one allowed. Meanwhile, Hoffenheim arrive after scoring and conceding 8 goals apiece in their last five outings. The last seven duels between both sides saw goals on either end of the pitch and we expect the scorers to have another busy night out.

Wolfsburg vs Hoffenheim: Check out the best odds and the latest stats

Wolfsburg vs Hoffenheim: Check out the team lineups

The sustained belief in Florian Kohfeldt has started to pay off. Wolfsburg has registered back to back wins in their last two outings with things starting to look up for them. A win at the Volkswagen Arena will not have a great impact on their rankings but more importantly, bring them closer to Champions League qualifying slots. The competition is stiff for Europe and they might have picked up form at the right point in the season.

While Wolfsburg dream of an outside chance of qualifying for the Champions League, Hoffenheim have many realistic chances. They are outside the top-four thanks to their poor goal difference. However, with four teams on equal points, it is going to be an interesting battle for UEFA competition places. Slipups will prove to be fatal and Sebastian Hoeness will want his charges to marshal on ahead.

Questions About Wolfsburg vs Hoffenheim 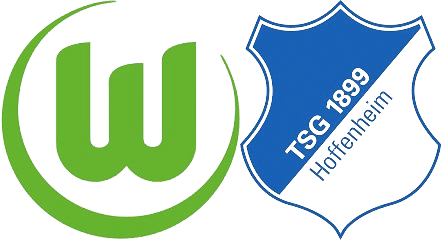 Who won the last h2h? 3-1 in favour of Hoffenheim.

Where is the game being televised? Diema Sport 3, Sky Bundesliga, and Spiler1 TV.