Wigan are on a four match streak that has catapulted them to within touching distance of safety but in their way this weekend is a Burton side who are a tough nut to crack on the road. Who will win? Find out with our Wigan vs Burton match preview with free tips, predictions and odds mentioned along the way.

Both teams to have goals to celebrate

This match is an incredibly tough one to call with Wigan on a four game winning run and their opponents, Burton, unbeaten in 10 away games. We're going to skip the match result prediction and get straight to the goals. We think both teams will score and this is is why; Wigan have netted a total of 10 in their last four games whilst managing just the one clean sheet. Burton's form in front of goal isn't too dissimilar. They've scored in four of their past five with a tally of eight goals. Again, they've managed to record just the single clean sheet.

In respect of the season as a whole these teams have a similar game average for the number of goals their matches see; Wigan average 2.7 with Burton marginally ahead at a rate of 2.8. Then there is the more recent matches they've played; Wigan have gone beyond the 2.5 cut off on three occasions in their past five games. The same can be said for Burton across the same number of fixtures too whilst both their last two away games have seen three goals. It's also worth noting that the sides both played their part in a seven goal thriller back in December.

Wigan to score in both halves

Our tips have already touched on Wigan having that all important knack of scoring goals in recent weeks. We end our prediction for Wigan vs Burton by backing the Latics to score in both halves come Saturday. They've managed that feat in three of their last four wins with the first half particularly seeing plenty of goals. From the 10 goals they've netted across the four aforementioned games, seven of the have been notched before the interval. If that raises concerns over their second half performance then don't worry because guess when Burton tend to concede most goals on the road? That's right, the second half.

Wigan vs Burton: Head to head, odds and other stats

The only guarantee is goals

Wigan aren't quite safe yet although taking 12 points from 12 hasn't done their prospects of staying up any harm. It certainly hasn't done Leam Richardson any harm; he's just penned a deal to become the permanent manager. For Burton, this season has long been over. It's all eyes on the 2021/22 campaign.

Frequent Questions for Wigan vs Burton 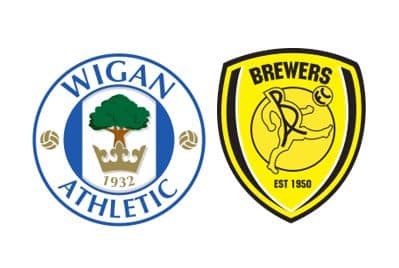