The final match of this Premier League round is the West Ham vs Bournemouth duel, scheduled for Monday, October 24th. So, make sure to check our detailed preview of this game if you want to learn more about it.

If you are not sure what is the right bet for the West Ham vs Bournemouth duel, check our free betting picks for this game:

After a good run of form lately, Bournemouth managed to climb up the standings and they are now in thirteenth place in Premier League, two points ahead of West Ham.

Clearly, that's a disappointing start for the Hammers after finishing near the top in the last two seasons. Still, they are a quality team and we think they will prove it in this match by beating Bournemouth.

Four of the previous five head-to-head duels between West Ham and Bournemouth have gone over 2.5 total goals and we would hardly be surprised to see the same on Monday.

If you want to take a look at the top odds and stats for West Ham vs Bournemouth, you've come to the right place:

This can be a very interesting matchup, so let's take a better look at both teams before their duel:

It's been a rough start of the new season for the Hammers in the Premier League since the team only managed to win eleven points from eleven rounds. That's far behind their hauls last couple of season which led to them playing in Europe. On the bright side, West Ham has all four wins in their Europa Conference group.

When it comes to team news, Lucas Paqueta and Nayef Aguerd are out with injuries, while Craig Dawson and Maxwel Cornet are still questionable.

After their win in first round over Aston Villa, Bournemouth hit a rough patch of three losses in a row against Man City, Arsenal, and Liverpool, during which they conceded 16 goals and failed to score, which resulted in sacking of Scott Parker. Under interim manager Gary O'Neil, the team then went on a six-game streak without a loss and managed to almost reach the middle of the standings in Premier League.

Meanwhile, Bournemouth is still without injured David Brooks and Lloyd Kelly, but they have no fresh injury concerns. 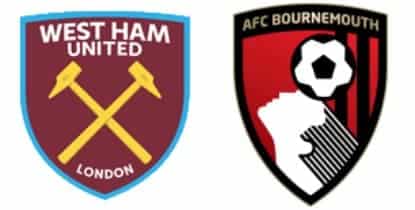