Free Predictions and Odds for West Ham vs Aston Villa

Aston Villa will be hoping to close the gap between themselves and West Ham this weekend, and form is in the visitor's favour. Three positions and 9pts separate the two clubs in the Premier League table and West Ham head into the game as the bookmaker's favourites to win.

West Ham haven't lost any of their last seven league games against Aston Villa but have only managed to pick up one win from their last six matches in all competitions. Aston Villa haven't performed as well as their hosts this season but arrive in London in great form having won their last three games without conceding a single goal and scoring 9 times, so you can see why we're backing the two sides to cancel one another out this weekend.

We're predicting a low-scoring game between these two clubs as each will be wary of the other's strengths. Under 2.5 goals have been scored in four of West ham's last five matches in all competitions, while three of Aston Villa's last five league games have witnessed fewer than three goals scored.

West Ham faced a tough trip to Spain in midweek where they took on Sevilla in the Europa League. A solitary goal from El-Haddadi in the 60th-minute proved enough for Sevilla to secure a 1-0 win but West Ham still have the 2nd leg at home to turn the tie in their favour. The Hammers lost their last league game away at Liverpool 1-0 and sit 6th in the Premier League table and could move up at least one place with a win this weekend.

Aston Villa were away at Leeds on Thursday night where a goal in the 22nd-minute from Coutinho handed the visitors the lead. Villa went from strength to strength in the second half, scoring a second goal through Cash in the 65th-minute and a third via Chambers 17-minutes from time. Aston Villa sit in the top half of the table thanks to their recent run of good form and will be hoping that continues on Sunday.

West Ham: Coufal, Yarmolenko, Bowen and Ogbonna look set to miss out this weekend through injury.

Aston Villa: Marvelous Nakamba is the main injury concern for the visitors ahead of their trip to the capital. 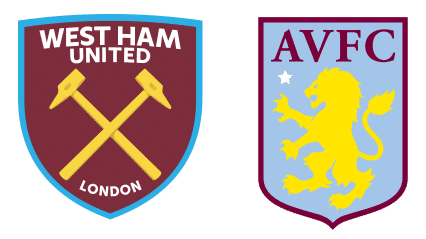