West Brom to win to nil

West Brom might be sat amongst the top sides in the Championship right now but it's got nothing to do with their recent form; they've been poor of late with Valerien Ismael coming under pressure in the hot seat. Can his team ease that with three points here? Find out with our West Brom vs Cardiff match preview with free tips, predictions and odds mentioned along the way.

Baggies to get back to winning ways

We kick off our West Brom vs Cardiff predictions by backing the home side to take all three points. They've not won in their last two outings but, notably, they've both been away games. Their home form is actually pretty solid; they're unbeaten in nine at the Hawthorns and have won five of those matches; in fact, they're the only side in the Championship with an undefeated home record this season – their only home defeat came against Arsenal in the cup. Cardiff meanwhile have lost three of their last five games winning just one. Furthermore, they've not won at the Hawthorns since 2009 and have lost in two of their last three visits.

West Brom to win to nil

All the stats & odds for West Brom vs Cardiff

West Brom vs Cardiff: Check out the team lineups

There is simply no denying that these teams are in very different places right now albeit with neither of their seasons being particularly straight forward. Cardiff have been through a tough spell that saw them sack Mick McCarthy; that saw a minor new manager bounce but it's stopped now. West Brom meanwhile are in a shallow rut right now. Will they do the opposite of Cardiff and stand by their man? This game might prove important for that.

If West Brom lose this game and Fulham win their games in hand the Baggies will find themselves eight points off the automatic promotion places. That puts a lot of pressure on the hosts to grab the maximum points here. Valerien Ismael could have Karlan Grant, Robert Snodgrass and former Cardiff man Kenneth Zohore back in contention after injury and isolation issues.

Are Cardiff in a better place than they were before sacking McCarthy? Yes, that's undeniable. That doesn't mean they're in great shape though and they're now in a run of three games without a win with a visit to fourth in the league not exactly the best fixture. How will they set up to get a result?

The final word on West Brom vs Cardiff 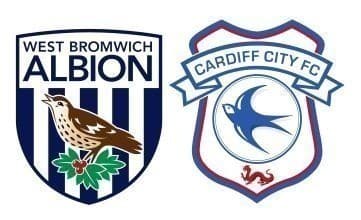