The Villarreal vs Osasuna duel in the upcoming La Liga round could be a very interesting one with both teams being in good form. So, check our preview if you want to learn more about the game and get some free betting tips.

Our favourite Villarreal vs Osasuna tips and picks

If you are looking for the best La Liga betting tips, you've come to the right place. That includes free betting predictions for Villarreal vs Osasuna:

The Yellow Submarine is now the only undefeated team in La Liga this season, although five of their seven games have ended in draws and that's only enough to put them in the 11th spot. Osasuna is currently ahead of them by three points, but Villarreal also has one fewer game played so far. In any case, Villarreal won three of the last five games against Osasuna, while Osasuna won the other two. Obviously, Villarreal is the better team and they are playing at home, so our prediction is for Villarreal to win this match.

Although Villarreal only averaged 1.57 goals per game so far in La Liga, we expect this game to go over 2.5 total goals. First of all, Osasuna averaged 2.75 goals per game this season, which is the second-best average in the league. In addition to this, all five previous meetings between these two teams have gone over 2.5 total goals, so we expect the same thing to happen in their next game.

Both teams have scored in the last five h2h matches between Villarreal and Osasuna, so we can't expect anything else in their upcoming duel. This is especially true now when both teams are in good form. However, both teams have only scored in 29% of all Villarreal games this year in the league, but the same thing happened in 50% of all Osasuna matches in La Liga.

The top odds and useful stats for Villarreal vs Osasuna

If you are looking for the latest odds and stats for Villarreal vs Osasuna, you can find them right here:

Villarreal vs Osasuna preview: Can Osasuna resist the Yellow Submarine?

Although Villarreal is the only undefeated team in La Liga right now, they are positioned in the middle of the table since most of their matches were draws. After the first seven rounds, Villarreal has two wins and five draws. However, the two wins came in the last three matches in the league, along with a draw at Real Madrid. Chukwueze and Dia are on the team's injury list and unable to play in the next game.

It's been a dream-like start for Osasuna since the team is currently fifth in the league. In eight matches so far, Osasuna won four of them, along with two draws and two losses. Furthermore, the team won three of their last four games in the league, so they are in pretty good form right now. On top of this, they only have one injured player at the moment – Aridane Hernandez.

The most common questions for Villarreal vs Osasuna 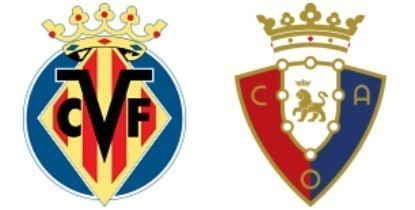