One of the more interesting matches in the upcoming Champions League round is the Villarreal vs Man Utd game. With that in mind, we have prepared a detailed preview of the match for you, along with our free betting tips.

If you are looking for the best Champions League betting predictions, you can find them right here, including our top picks for the Villarreal vs Man Utd duel:

Villarreal and Man Utd to Draw

Neither of these two teams is in a great position at the moment – Villarreal only managed to win one game in the last six matches in La Liga, while Man Utd enters this match without a manager since Solskjaer has been fired after a 4-1 loss to Watford. With that in mind, a draw in this game sounds like the most reasonable outcome, especially since that result suits both teams at the moment.

Villarreal and Man Utd to Draw at Half Time

Since we expect this game to end in a draw, we also expect the two teams to be tied at half time, which is often the case in the matches that end in a draw. In addition to this, Villarreal and Man Utd drew at half time in four of their previous five head-to-head duels.

The best odds and useful stats for Villarreal vs Man Utd

Villarreal vs Man Utd preview: Will we see another exciting duel?

The Yellow Submarine has been struggling this season in La Liga since the team is currently sitting in the twelfth place and they've only managed to win one of their last six gams in the league. On the bright side, Villarreal is currently at the top of their Champions League group with seven points from their first four games and they have a good chance to reach the Top 16 stage. However, the team has a few injured players at the moment who are all questionable for the Man Utd matchup, including Moreno, Danjuma, Capoue, and Alcacer.

This very important game for Man Utd comes at a tough time for the team since Ole Gunnar Solskjaer has been sacked a few days ago, so Man Utd will be led by their former player Michael Carrick as the interim manager. The sacking came after the team lost 4-1 to Watford over the weekend and after losing four of their last six PL matches. In the Champions League, Manchester is sharing the top spot with Villarreal with seven points with two games to go. Greenwood, Pogba, and Varane will miss the next game with injuries. 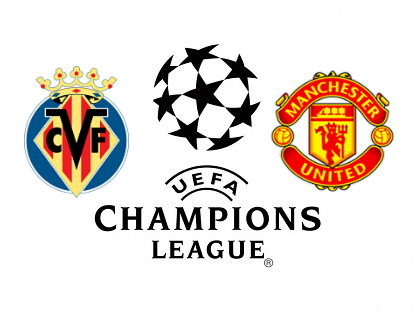