The first game in La Liga scheduled for Sunday is the Villarreal vs Espanyol duel, so check our preview of this match to learn more about it and to get some free betting tips.

Our latest Villarreal vs Espanyol betting predictions and picks

If you are looking for the best La Liga betting tips, including out predictions for Villarreal vs Espanyol, you came to the right place:

The Yellow Submarine is in good form with three wins in the last four games in La Liga, while Espanyol has failed to record a win in their last six matches in the league.

So, it's clear that Villarreal is rightfully the favourite and we have little doubt that they will get the three points from this game, despite the fact that Espanyol was a bit more successful in the most recent h2h duels between these teams.

Three of the last five head-to-head duels between Villarreal and Espanyol have gone over 2.5 total goals and we can see that happening again on Sunday.

The latest odds, stats, and more for Villarreal vs Espanyol

If you want to bet on the best odds for Villarreal vs Espanyol, take a look at our choice of odds from the top UK bookies:

The home team is the clear favourite in this game, but the guests can be a tough nut to crack. So, let's take a closer look at both teams:

With three wins, two draws, and one loss in the last six games in La Liga, Villarreal is clearly in good form at the moment. The team also managed to get a draw in their last game against Real in Madrid, so things are looking good for Villarreal right now. The Yellow Submarine is currently 7th in La Liga standings, but they are just three points behind Barcelona in fourth place.

Ruben Pena and Francis Coquelin are out of this game with injuries, while Gerard Moreno could also miss this game after getting injured in the last game, especially with Villarreal having their Champions League duel with Juventus on Tuesday.

The last round of La Liga was very exciting for Espanyol since the team nearly missed out on a win in the city derby against Sevilla. Despite this, the fans can be happy with the team's performance in that game. In the last six games, Espanyol has one win, two draws, and three losses, so they are not in the best of forms.

Manu Morlanes and Nico Melamed will miss this game after being sent off in the game against Barcelona last weekend, but other than that, Espanyol is in great shape when it comes to team's health. 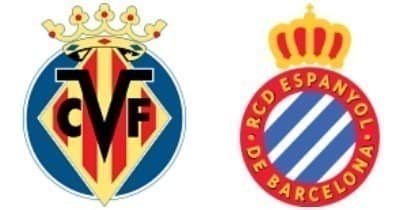