Viborg found the balance between domestic and European football hard to balance last weekend as they suffered a disappointing 3-1 defeat at AGF. This weekend, Copenhagen provide the opposition and the visitors bounced back from their shock defeat against newly promoted Horsens with a convincing 3-1 win at AaB last time out.

Copenhagen haven't lost against Viborg since way back in 2004 and claimed a 2-0 win at the Energi Viborg Arena last season. Viborg progressed through to the next round of the Conference League qualifiers in midweek, beating Suduva 2-0 on aggregate, but seeing as they found balancing the Superliga and European football hard last week, we're not expecting it to get any easier this Sunday. Copenhagen might have lost on the opening weekend of the season but they returned to their very best away at AaB, running out 3-1 winners.

We're backing both teams to score on Sunday just as they did when Copenhagen hosted Viborg last season. Three of Viborg's last five fixtures have produced goals at both ends of the pitch while three of Copenhagen's last four outings have witnessed both teams getting on the scoreboard, so you can see just why we're not expecting either side to keep their clean sheet intact this weekend.

All you need to know ahead of Viborg vs Copenhagen

Copenhagen looking to move up the table with a win

Viborg we're hoping to make it back-to-back league wins when they travelled to AGF last weekend, but things didn't go their way. AGF took the lead inside the opening 10-minutes and led 1-0 at the break. The home side netted a second goal on the hour mark but Viborg looked to have gotten themselves back in the game when Bech pulled a goal back in the 74th-minute. However, AGF responded with another goal just 2-minutes later, ending any hopes of a Viborg comeback.

Copenhagen knew they needed a big performance following their shock defeat against Horsens last time out. Claesson fired the visitors in front deep into first-half stoppage-time and the very same player made it 2-0 with 71-minutes on the clock. AaB briefly got themselves back into the game when Sousa scored but 4-minutes into time added on, Johannesson secured all 3pts for Copenhagen with the visitor's third goal.

Copenhagen: Kamil Grabara, Mamoudou Karamoko, David Khocholava and Akinkunmi Amoo could miss out for the visitors this weekend. 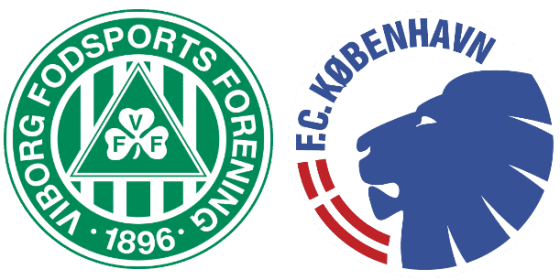