Verona to Win to Nil

Verona and Salernitana go head-to-head for three points in Serie A on Sunday. Verona are targeting three points against the league’s bottom club this weekend.  Read our expert predictions and find the latest odds for the game below in our match preview.

Salernitana and Verona drew 2-2 in a pulsating encounter earlier in the campaign. Who will come out on top in Sunday’s rematch? Find our top three predictions for the fixture below.

Verona to Win to Nil

Salernitana are likely to be rusty having not played a Serie A match since December 17th and the relegation candidates had scored just once in eight league assignments up to that point. The division’s bottom club have been woefully below par this term and they should find it very tough to repel Verona’s prolific frontline. With the visitor’s abject performances in attack considered, backing Verona to win to nil appeals at the prices on offer.

Verona striker Giovanni Simeone has been dynamite this season and the Argentinean attacker has plundered an impressive 12 goals in 18 appearances in Serie A for his club. The 26-year-old has the skills to punish any team and he should find plenty of joy against a Salernitana outfit that holds the division’s worst defensive record this team. As a result, Simeone is well worth backing in the anytime goalscorer market on Sunday.

Verona could be without Gianluca Frabotta, Pawel Dawidowicz and Giangiacomo Magnani again this weekend, though they didn't need that trio to beat Spezia 2-1 on Thursday. Verona are enjoying a fine season in Serie A and they can move to within to points of the European qualification places with a victory on Sunday.

Franck Ribery, Matteo Ruggeri, Simy and Stefan Strandberg are all on the sidelines for Salernitana at present, while Wajdi Kechrida is also rated as doubtful. Lassana Coulibaly is away on international duty at AFCON. The club's clash with Venezia was postponed on Thursday due to a COVID-19 outbreak, so this weekend's fixture might not go ahead as planned. 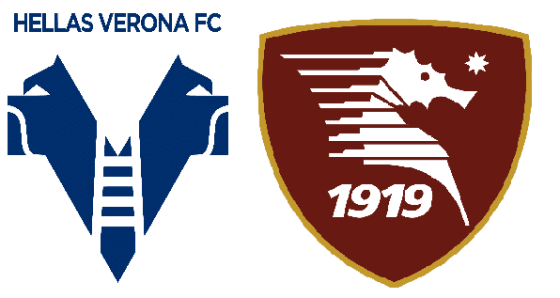 How to find the best odds for Verona vs Salernitana

Sunday’s fixture is scheduled to take place at the Stadio Marc'Antonio Bentegodi.