Free Predictions and Odds for Lazio vs Verona

Lazio are so close to securing 5th spot in Serie A this season and only need a point at home to Verona on Saturday 21st May to ensure that high finish. The visitors can't finish any higher than 9th in the table but could slip down two places if they were to drop points this weekend.

We're expecting goals at both ends of the pitch this weekend as three of the last four meetings between these two clubs have ended the same way. Six of Lazio's last seven outings in Serie A have ended with both teams scoring and the same can be said for four of Verona's last five outings, adding plenty of weight to our prediction for Saturday's clash.

At least three goals have been scored in four of the last seven league meetings between Lazio and Verona with 5-goals being scored in their reverse league fixture played earlier in the campaign. Five of Lazio's last seven league games have produced over 2,5 goals and the same can be said for three of Verona's last five fixtures, so you can see just why we're expecting goals in Rome.

Lazio vs Verona: all you need to know

A point will be enough for Lazio to claim 5th place

Lazio made the trip to Juventus on Monday night and found themselves two goals down at the interval. However, the visitors put in a much-improved performance in the second forty-five, pulling a goal back 6-minutes after the restart thanks to an own goal from Sandro. The game appeared to be slipping away from the visitors until deep into stoppage-time when Milinkovic-Savic fired home an equaliser to send the Lazio fans wild.

Verona might have had the home advantage against Torino last time out but they didn't put it to good use. A goal in the 19th-minute from Brekalo proved enough for Torino to claim a 1-0 win in what was a very disappointing and flat final home game of the season for Verona. Lazio will pick the visitors apart if they put in another below-par performance on Saturday.

Lazio: Ciro Immobile is the main injury concern for the hosts this weekend.

Verona: Antonin Barak and Ivor Pandur could both miss the trip to Rome through injury.

FAQ for Lazio vs Verona 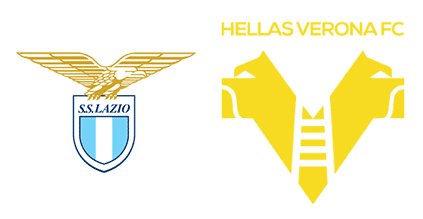