The opening round of fixtures for the new Serie A season began with defeat for both Bologna and Verona. We're predicting a very close and competitive 90-minutes between these two clubs, both of whom will be desperate to not to lose for a second game on the run.

We're going with a draw on Sunday as both of these teams are fairly evenly matched and three of their last six head-to-heads in Serie A have ended in stalemates. Obviously, both teams lost out last weekend and are bound to be nervous heading into their next match as a defeat could leave them playing catch-up to the rest of their rivals.

Four of the last six meetings between these two clubs have produced goals at both ends of the pitch, and we're expecting more of the same on Sunday. Three of Bologna's last six outings and four of Verona's last five fixtures have ended with both teams getting on the scoreboard, adding further weight to our second prediction for Sunday's clash.

Both teams are searching for their first points of the season

Bologna faced a tricky trip to Lazio on the opening weekend of the new season but led at the break thanks to a 38th-minute penalty from last season's top scorer, Arnautovic. Lazio needed to respond in the second-half and they did, getting back on level terms through an own goal from the unfortunate De Silvestri in the 68th-minute. The home side took the ascendancy and managed to come up with a winning goal 11-minutes from time via Immobile.

Verona faced a tough home game against Napoli last time out and while the hosts put up a good fight, Napoli's class shone through in the end. Lasagna fired Verona in front in the 29th-minute but Napoli replied with 2-goals of their own to lead 2-1 at the interval. Bologna needed to respond at the start of the second forty-five which they did, leveling the score via a 48th-minute goal from Henry. However, Napoli moved back in front in the 55th-minute and went on to score a further two goals to wrap up a 5-2 victory.

Bologna: Adama Soumaoro is suspended for this weekend clash.

Verona: Federico Ceccherini is the main injury concern for the visitors after suffering a sprained ankle. 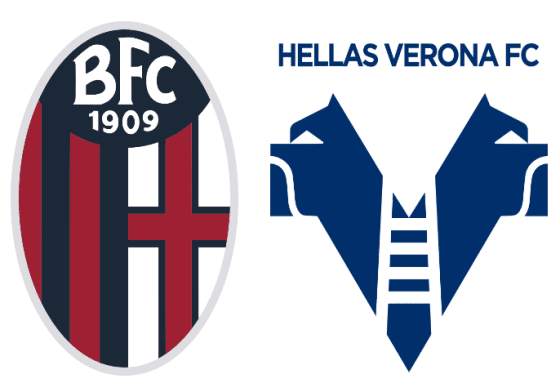