Atalanta have a midweek European tie to negotiate before they can turn their full attention to Monday's Serie A clash with fellow mid-table side, Verona. The visitors have goals in them but don't often fair well against their hosts, so it will be interesting to see how this game pans out.

Atalanta have won five of their last seven league meetings with Verona and both teams have scored in three of the duo's last five head-to-heads. Both teams have also scored in each of Atalanta's last three fixtures as well as in four of Verona's last six outings, so you can see just why we're predicting goals in this game for both sides.

Four of the last seven encounters between Atalanta and Verona in Serie A have witnessed at least three goals scored, and we're expecting another action=packed 90-minutes on Monday. Two of the host's last three matches have produced over 2.5 goals and Verona head into this game having only failed to score in one of their last six matches, but have also only kept one clean sheet during that period as well.

Atalanta made the trip to Sassuolo last time out and ended up losing the game 2-1. The visitors can have no complaints really as they fell two goals behind via a brace from Traore and only managed to pull a goal back deep into stoppage-time. Despite that disappointing result, Atalanta sit two places and 6pts above Verona in the table and could stretch that gap further on Monday night.

Verona were always going to be up against it last weekend away at the current Serie A champions, Inter Milan. Goals from Barella and Dzeko in the first half pretty much ended any hopes Verona had of taking anything from the game and the second forty-five ended goalless. A top-half finish is still on the cards for Verona this season but they will need to end the campaign strongly for that to happen. A win on Monday would go a long way to helping them finish above Sassuolo and would put a lot of pressure on Atalanta.

Atalanta: Maehle and Toloi look set to miss out on Monday due to injury.

Verona: Barak, Coppola and Pandur are the main doubts for the visitors. 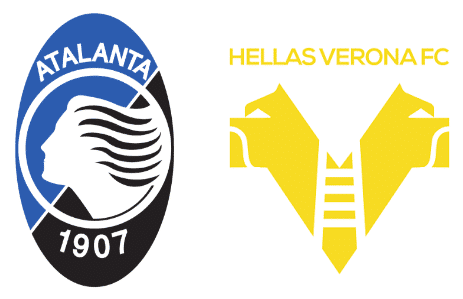