Life back in Serie A is proving very tough for Venezia so far this season as they currently sit in the relegation zone and boast the second worse goal difference. An improving Torino side provide the opposition on Monday night and we're expecting the visitors to take this game to the home side.

Here are our predictions for Venezia vs Torino

Venezia have lost four of their opening five league games this season and lost 3-0 the last time they went head-to-head with Torino back in 2005. The visitors are unbeaten in their last three matches, picking up two wins and a draw, and we're expecting Torino to continue that good run of form with a win on Monday night.

Three of the last five meetings between these two clubs have ended with under 2.5 goals being scored and while the pair haven't played each other in over a decade, we're still expecting a tight and tense 90-minutes on Monday. Venezia's last game away at AC Milan produced under 2.5 goals and Torino's last two games have witnessed fewer than three goals scored, so there is enough reason to expect a low-scoring 90-minutes between the pair.

Everything you need to know about Venezia vs Torino

Venezia lost their second Serie A game of the week on Wednesday evening when they made the trip to AC Milna. Despite having no Giroud or Ibrahimovic, AC Milan scored twice in the second half to secure a comfortable 2-0 victory and Venezia were limited to long-range efforts. Picking up points at home will be key to Venezia's success this season but after losing their first game in their own backyard against Spezia, taking on Torino could also prove problematic.

Torino almost beat Lazio in midweek but had to settle for a share of the spoils in the end. Pjaca put the home side in front in the 76th-minute and Torino held onto that lead all the way through to stoppage time when Lazio were awarded a penalty which Immobile converted. Torino certainly look like a better side than we have seen in the last few seasons and may even be able to challenge for a top-half finish if they can continue to beat the teams in and around them.

Torino: the visitors could be without the services of Izzo, Praet, Zaza, Edera and Belotti due to injury. 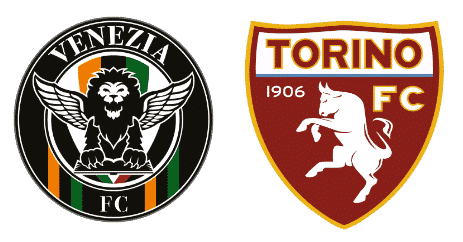