Points have been hard to come by in the early stages of the new Serie A season for both Venezia and Spezia but Sunday's hosts did manage to secure their first win last weekend against Empoli. Spezia don't have a good recent record against Venezia and will need to play much better than they have so far this season if they want to leave with even a point.

Our Top Tips for Venezia vs Spezia

Here are our predictions for Venezia vs Spezia

We're not expecting a lot of goals in this game and, at a push, could just about see one of the two teams getting on the scoreboard but in truth, we think this game will end goalless. Just two of the last six meetings between these two clubs have seen both teams score and only two of Venezia's last six outings have witnessed goal at both ends of the pitch.

Each of the last six encounters between Venezia and Spezia have produced under 2.5 goals and during that time, neither of the sides have managed to score more than one goal against the other. Under 2.5 goals have also been scored in three of Venezia's last six outings as well as in Spezia's last game against Udinese.

We're backing this game to end goalless as a point apiece seems like the obvious end result. Four of the duo's last six meetings have ended in a draw and two of those stalemates ended goalless. The hosts have failed to score in four of their last six matches in all competitions, while Spezia failed to breach Udinese's defence last time out.

Goals could come at a premium in this game

An early goal from Henry helped Venezia on their way to victory against Empoli last time out. Okereke scored the visitor's second goal in the 68th-minute and despite conceding late on, Venezia secured their first win and first points of the season. Venezia will now be aiming to build upon that good result by beating a Spezia side that they haven't lost against in any of their last six meetings.

Spezia lost 1-0 away at Udinese last weekend but their performance was much better than the one that saw them hammered 6-1 by Lazio at the end of last month. While Spezia do not have the best of recent records against Venezia, the pair have drawn four of their last six outings and this game has a tendency to be very low-scoring, which will give the visitors some hope.

Spezia: the visitors look set to be without Kevin Agudelo and Ebrima Colley for the trip to Venezia as both are suffering with injuries.

Your Questions Answered – Venezia vs Spezia 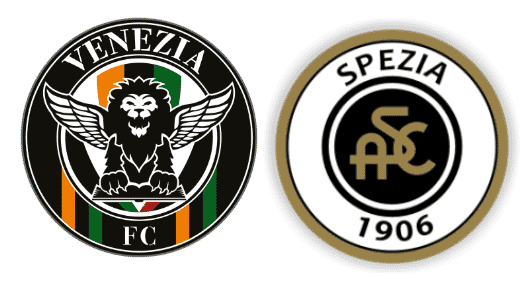