Two teams right in the thick of the relegation battle in Serie A go head-to-head this weekend as Venezia play host to Sampdoria. The home side could move out of the bottom three with a win on Sunday, while a victory for Sampdoria would relieve some of the pressure they are feeling after losing their last three games.

We're expecting goals in this game as five of the last six league meetings between Venezia and Sampdoria have produced over 2.5 goals. At least three goals have been scored in three of Venezia's last five fixtures as well as in four of Sampdoria's last six outings in Serie A, so you can see why we're predicting goals on Sunday.

Both teams have found the back of the net in five of the last six encounters between these two clubs, and we're hopeful that there will be goals going in at both ends of the pitch this weekend. Both teams have scored in four of Venezia's last five league games, while each of Sampdoria's last two outings have ended with both teams getting on the scoreboard.

Venezia put in a decent performance and worked really hard away at Lazio last time out but still came away with nothing to show for their efforts. Lazio eventually won the game thanks to a 58th-minute penalty from Immobile but Venezia can be proud of their effort and should take confidence from their performance. That result leaves Venezia sitting third from bottom and 3pts from safety. A win for the home side would give them a great chance of staying up and drag Sampdoria right back into the mire.

Sampdoria had the home advantage against Juventus last weekend but it didn't do them any good. An own goal from Yoshida in the 23rd-minute put Juve in front and a penalty from Morata in the 34th-minute made it 2-0. Sabiri pulled a goal back for the home side in the 84th-minute but Morata netted his second of the game 2-minutes from time to secure all 3pts.

Venezia: Aramu is suspended, while Romero, Johnsen, Cuisance and Lezzerini are all injury concerns.

Sampdoria: Manolo Gabbiadini and Mikkel Damsgaard could both miss the trip to Venezia through injury. 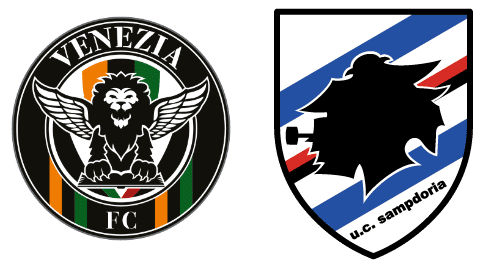