Venezia have endured a tough start to the new Serie A season and currently sit one place above the relegation zone. High-flying Fiorentina provide the opposition on Monday night and the visitors arrive in excellent away form.

Here are our predictions for Venezia vs Fiorentina.

We're backing the visitors to win on Monday night as they have won their last three away games on the run and have been performing much better on the road than they have in their own backyard. Venezia are without a win in their last four league games and haven't won at home so far this season.

Based on both team's performances over the last month or so, we're predicting that both teams will find the back of the night on Monday. Four of Venezia's last five fixtures have seen both teams score, while five of Fiorentina's last six outings have witnessed goals at both ends of the pitch.

Venezia vs Fiorentina – the key stats and markets

Venezia made the trip to Cagliari before the international break where they went a goal down to a Balde effort in the 19th-minute. That goal looked like it had beaten Venezia as the game entered stoppage time, only for Busio to pop up with a dramatic equaliser which silenced the home fans. That draw moved Venezia onto 5pts but the club remain on a -7 goal difference and need to start keeping more clean sheets if they want to improve in that department and start moving up the table.

Fiorentina scored the first goal of the game against unbeaten Napoli last time out, Lucas Martinez netting in the 28th-minute. However, goals from Lozano and Rrahmani turned the game in Napoli's favour and Fiorentina slipped to another home defeat. The Fiorentina players seem to prefer playing away from home, perhaps there is less pressure on them, either way, they need to find a way to carve out results in their own backyard if they want to challenge for the European places.

Venezia: Sigurdsson, Haps, Ala-Myllymaki and Lezzerini are the main injury concerns for the hosts.

Fiorentina: Dragowski and Cerofolini could both miss Monday's match through injury. 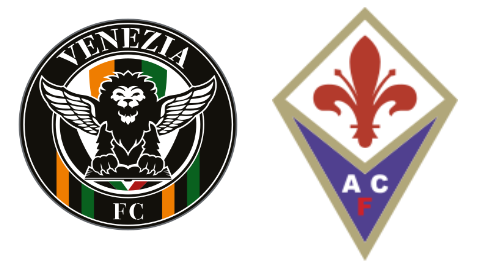