The Uruguay vs Venezuela duel in the South American Qualifiers for 2022 World Cup can make things clearer in the group, so read our preview to learn more about it and get some of our free betting tips for this game.

Our favourite Uruguay vs Venezuela betting tips and picks

If you are struggling to find the right bet for Uruguay vs Venezuela, take a look at our free betting predictions for this duel:

Uruguay to Win at Half Time and Full Time

There is little doubt as to which team will win this game since Uruguay is the much better team, they are playing at home, and they desperately need a win to stay in the race for a direct spot in the World Cup.

Meanwhile, Venezuela is in the last place in the group and out of contention for WC. And while Venezuela enters this game after a convincing 4-1 win over Bolivia a few days ago, our prediction is for Uruguay to lead at half time and win at the end.

Uruguay to Keep a Clean Sheet

Yes, Venezuela scored four goals in the last round and they have scored a goal in four of their last six games, but we don't expect that to happen in this game.

The latest odds, stats, and more for Uruguay vs Venezuela

If you are looking for top odds for the Uruguay vs Venezuela duel, check our list of odds from a the best UK  bookies:

Team news and potential lineups for Uruguay vs Venezuela

Both teams are in a tough spot in their quest to reach the main stage of World Cup and this match can cut their hopes completely. So, let's take a closer look at both teams.

After losing four games in a row, Uruguay managed to get an important win over Paraguay away from home and now they are in good position ahead of their home bout against the worst team in the group Venezuela. Uruguay has 19 points now, one fewer than Peru who is in fourth place, which is the last place that leads directly to World Cup. But even if they finish fifth, Uruguay will have a chance to reach World Cup through intercontinental playoffs.

Matias Vecino will miss this game after he accumulated yellow cards, while Torreira and Rossi are questionable after recently recovering from coronavirus.

With four losses and just two wins in the last six games in the group, Venezuela is far from good form. Overall, the team is last in the standings in the group and they only managed to collect ten points from fifteen games so far. So, Venezuela has no chance to reach the World Cup, but at least they enter their next game after a convincing 4-1 win over Bolivia.

Venezuela has no major absences for this match and we expect to see all the familiar faces in the starting lineup, led by Rondon and Rincon as the two main stars of the team.

The most common questions for Uruguay vs Venezuela 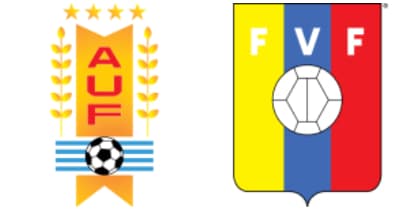