After suffering defeats in their opening Group C games, Ukraine and North Macedonia will be looking at their next fixture as a chance to get their tournaments truly started by securing all 3pts at the Arena Naţională on Thursday.

Read our full match preview and prediction for Ukraine vs North Macedonia in the European Championship.

Given how these two countries performed in the first round of group games, we're expecting goals from Thursday's clash. Ukraine lost 3-2 to the Netherlands and over 2.5 goals have been scored in their last two international matches, while North Macedonia lost 3-1 to Austria and five of their last six fixtures have produced three or more goals.

Both teams scored in Ukraine and Macedonia's opening games in Group C and we're expecting both countries to find the back of the net on Thursday as well. Four oF Ukraine's last six matches have ended with both teams scoring, while the same can be said for four of North Macedonia's last six fixtures.

Ukraine scored twice against the Netherlands but still ended up losing their opening group game but their attacking display during those 90-minutes suggests that they will have too much firepower for North Macedonia to handle. North Macedonia conceded three goals against Austria and seemed to tire towards the end of the game but always looked a threat when they did venture forward.

Everything you need to know ahead of Ukraine vs North Macedonia

Ukraine put in a very good display against the Netherlands and were a little unlucky to lose the game after coming from two goals down to level the scoreline at 2-2. However, their defensive frailties in that game will need to be addressed and a win against North Macedonia is the only result that will please the Ukrainian fans. Given the display of both Ukraine and North Macedonia in the first round of group games, we're expecting an entertaining 90-minutes with plenty of goalmouth action at both ends of the pitch.

North Macedonia certainly tired towards the latter stages of their encounter with Austria, eventually slumping to a 3-1 defeat. The atmosphere was amazing when 37-year-old Pandev equalised for North Macedonia in that game and on the whole, the team put in a decent display and always looked dangerous on the counter attack. North Macedonia will likely play a similar way against the Ukraine but will need to be stronger in defence and can't afford to concede late goals. Personally, we believe that Ukraine will have too much in their attack for North Macedonia to contain for the entire 90-minutes and that Ukraine's quality will show. 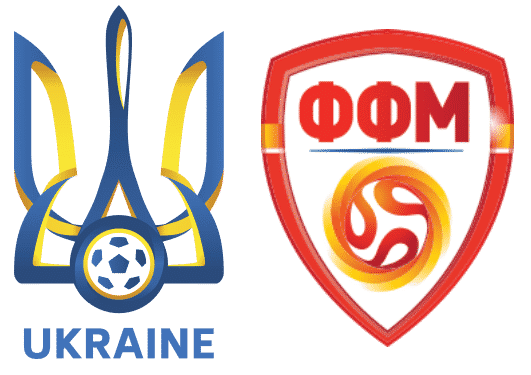