The first game in the upcoming Serie A round to be played on Sunday, October 23rd, is the Udinese vs Torino duel. So, let's take a better look at this match and some of our free betting tip for it.

If you are struggling to decide what is the right bet for Udinese vs Torino, check our top betting picks for this game:

The home team has been in great form so far in Serie A and they are currently sitting in the sixth place in the standings. Meanwhile, Torino is ten points behind them right now and hovering near the middle of the standings.

In addition to this, Udinese has just one loss in the first ten rounds of the new season, while Torino lost four times in the last five games and they are in poor form right now. So, we can see Udinese continuing their great run and adding three more points to their tally.

Three of the previous five head-to-head duels between Udinese and Torino have gone under 2.5 total goals and we can see that being the case on Sunday as well.

Udinese vs Torino: Stats and Figures

If you are trying to find the top odds and stats for Udinese vs Torino, check them all out right here, on our site:

The home team has been amazing so far, but the guests have the quality to challenge them. So, here's a closer look at both teams:

With six wins, three draws, and just one loss in the first ten rounds of Serie A, Udinese surprised many by their performances. The team is currently sixth in the standings, just five points behind Napoli at the top. In addition to this, Udinese is on a run of nine games without a loss since they only lost to AC Milan in the first round of the new season.

Meanwhile, Adam Masina and Leonardo Buta are injured at the moment, while Rodrigo Becao is currently serving a suspension.

After a solid start and three wins in the first five games of the new Serie A season, Torino started to struggle and now they are on a run of five games without a win, four of which have been losses. That being said, the team did have a very tough schedule since their losses came at the hands of big teams like Napoli, Inter, Juventus, and Atalanta.

On a more positive note, only Antonio Sarabia is currently on Torino's injury list, while the rest of the team is in good shape right now.

Common Questions for Udinese vs Torino 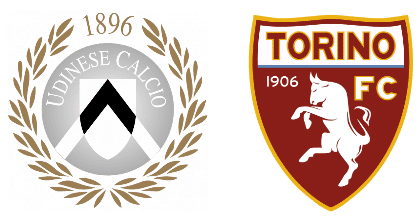