There isn't much between these two teams in the Serie A table and we're expecting a tight and tense 90-minutes at the Dacia Arena. The visitors have a good recent record against Udinese but Sampdoria have looked poor on the road of late.

We're predicting that under 2.5 goals will be produced in this weekend's clash between two very evenly matched sides. Under 2.5 goals have been scored in five of Udinese's last six outings and the hosts haven't scored more than two goals in a game since their 4-0 win at Cagliari back in December. Fewer than three goals have also been scored in three of Sampdoria's last five matches and the visitors have failed to score in each of their last three away trips.

Both teams are desperate to distance themselves from the relegation battle

Udinese made the trip to AC Milan last time out and despite going behind just before the half-hour mark, the visitors fought back to secure an impressive point. In the 66th-minute, Udogie got Udinese back onto level terms after great work from Pereyra who claimed an assist. That point took Udinese above Sampdoria and into 14th place in the Serie A table.

Samprodia were away at Atalanta on Monday night and unfortunately for the visitors, the hosts were in top form. Atalanta went in at the break 2-0 and scored a further two goals in the second half to wrap up a convincing 4-0 victory. Sampdoria's form on the road has been very poor of late and they will have to up their game if they are to take anything from this weekend's clash.

Udinese: the hosts have a clean bill of health and no suspended players for the game against Sampdoria.

Sampdoria: Bereszynski and Candreva return following suspension, while Gabbiadini and Damsgaard are both doubts due to injury. 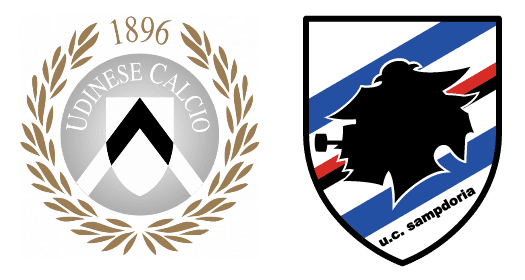