Udinese don't have the best of recent records against Roma and will be expecting a very tough 90-minutes in Serie A this weekend. The visitors arrive determined to secure the points they need to put pressure on the other European hopefuls around them and head into the game on the back of a big win against Atalanta.

Five of the last seven meetings between Udinese and Roma have produced under 2.5 goals and we believe this weekend's clash also has the potential to be low-scoring. Four of Udinese's and four of Roma's last six domestic matches have witnessed fewer than three goals scored, which only adds further weight to our prediction for a tight and tense 90-minutes on Sunday.

Roma hoping to move above Atalanta this weekend

Udinese made the most of their home advantage against Sampdoria last weekend and secured all 3pts. A goal from Deulofeu in the 3rd-minute handed Udinese the perfect start to the game and in the 12th-minute Udogie scored a second goal for the hosts. However, just a minute after going 2-0 up, Sampdoria pulled a goal back and were right back in the game. Luckily for the home side, there were no more goals in the game.

Roma knew they were going to be in for a difficult game at home to Atalanta but the hosts put in a classic Mourinho-style performance to win the game 1-0. Tammy Abraham scored the games' only goal in the 32nd-minute after good work from Zaniolo and Roma defended manfully to see their way through to a vial victory in their pursuit of European football next season.

Udinese: the hosts have no fresh injury concerns or suspended players.

Roma: Mkhitaryan will miss out through suspension, while Zalewski and Spinazzola are both injured. 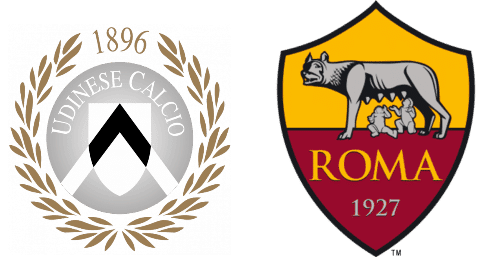