Empoli will be looking for the win that would take them above Udinese in the Serie A table this weekend. However, Udinese have the home advantage and remain the bookmaker's favourite to secure all 3pts on Saturday.

Udinese have won three of their last five league games, including a 5-1 win in their last home match against Cagliari, and look like they have what it takes to finish the season strongly and possibly finish as high as 11th-place. Empoli have impressed this season but their recent form has been poor with three of their last six matches ending in defeat and the other three finishing in stalemates. Udinese have also won their last three competitive and non-competitive home games against Empoli and will be confident about their chances of ending this weekend victorious as well.

As far as a final scoreline is concerned, we're backing Udinese to win this game 2-1. Both teams have played to a very similar standard so far this season so we're not expecting there to be much between the pair on Saturday. Both teams have scored in each of Udinese's last six outings and three of those games have produced scorelines of 2-1 and while Empoli have looked poor in the final third of late, the Udinese defence does struggle to keep clean sheets.

Udinese vs Empoli: the latest stats and markets

Just 2pts separate these two clubs in the Serie A table

Udinese were away at relegation battling Venezia last time out where a 35th-minute penalty from Deulofeu put the visitors in front at the break. It looked like one goal might be enough to win the game for Udinese until Henry equalised for the hosts with just 4-minutes of the 90 remaining. With the game in stoppage-time, Udinese mustered up one last attack and Becao fired the ball home to hand the visitors all 3pts, stunning the home fans into silence.

Empoli didn't make the most of their home advantage against Spezia last time out. The game itself won't live long in the memory as it ended goalless and Empoli's winless run stretched to 16-games in all competitions. Empoli's desperate form in the second half of the season has seen them drop down to 14th-place in the Serie A table, but relegation hasn't yet become a concern.

Udinese: Beto and Santurro are the two main injury concerns for the hosts this weekend.

Empoli: Zurkowski is suspended, while Tonelli and Haas could miss the game through injury.

Your Questions for Udinese vs Empoli 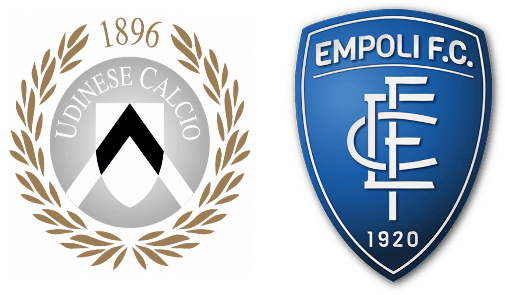