Top free betting tips and odds for Udinese vs Chelsea

Udinese takes on the challenge of English bigwigs Chelsea at the Dacia Arena. Neither side will be confident in their approach after a string of poor performances in preseason outings. The Little Zebras have had more friendly outings but do they have the quality to match the Blues remains to be seen.

Udinese nor Chelsea like to exploit set pieces and even less likely are their attempts from corners. As a consequence, winning corners will not be a priority for both sides. The Italians have not exceeded 10.5 corners in their last five outings, while the tally stands at just twice in seven for the visiting Chelsea. The latter have lost Antonio Rudiger, making them more toothless from the byline and not favour that line of attack.

Andrea Sottil's attack is firing and should put them in good stead at the start of the season. However, they are being let down at the back. It is a combination of these factors that their last eight fixtures have concluded with Over 2.5 Goals. The stats board reads four in five for the visiting Blues. Given the propensity of both sides for high-scoring affairs, expect more of the same in this friendly bout.

Udinese vs Chelsea: Check out the best odds and the latest stats

Udinese vs Chelsea: Check out the team lineups

A win over Paphos finally gave the Udine a win. They have earlier suffered losses to Qatar and Bayer Leverkusen. Andrea Sottil will want his charges to give a good account of their abilities as they set sights on their Serie A curtain raiser. The Blues provide the perfect specimen of what they will face on a regular basis, giving them a barometer to base their preparations.

Defeat to Arsenal perfectly summed up the week for Thomas Tuchel. His charges failed to deliver on the field after the sporting departments' wasteful efforts in the transfer market saw his targets move to other clubs. With their Premier League meeting with Everton fast approaching, the Blues look out of sorts as doubts circle over their preparations.

Questions About Udinese vs Chelsea 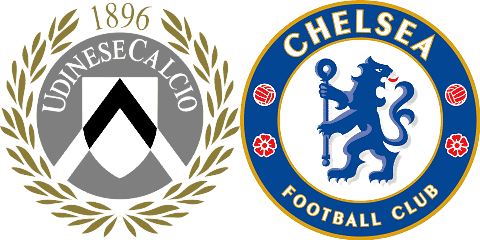 Where is the game being played? Dacia Arena (Udine).