PSV come into this game off the back of two huge wins. Will they make it three hammerings in a row? Find out with our Twente vs PSV match preview with free tips, predictions and odds mentioned along the way.

Twente have actually fared well in the Eredivisie this season; they've won three of four league games so far, with one loss. In all competitions however, it hasn't been the same case; as Twente won just one of their last four matches, with a draw and two losses. On the other hand, PSV have a perfect four wins from four in the Eredivisie this season; they've lost just once in their last 11 matches in all competitions, with eight wins and two draws. Additionally, PSV have no losses in their last 16 clashes with Twente; and with that in mind, we believe they'll take all the points here.

PSV have scored a ridiculous number of goals in the Eredivisie this season; they've scored 13 goals in their last two games alone, and 22 goals in four league games, that's 5.5 goals per game on average. We would like to point out that six of PSV's last seven games saw at least four goals scored; in fact, PSV's last three league games all went over 6.5. Also, the last three meetings between these teams went above the 2.5 goal margin, with their last two encounters going over 5.5; and for these reasons, we believe that there will be at least four goals scored in this match.

Here are the key stats & form guide for Twente vs PSV

Can PSV continue their perfect start

Twente have made a reasonable start to the season with three wins and just the solitary defeat but they've got their work cut out in this match. PSV have been irresistible so far this campaign; not only have the won every game but the way they've done so has been incredible having scored 22 goals – the next most lethal side in the league – Ajax – only have 12!

Twente have a lot of absentees heading into this match; Julio Pleguezuelo is out with a muscle injury, while Dimitrios Limnios is recovering from an ACL tear. Other absentees include Michel Vlap, Virgil Misidjan and Sem Steijn, among others.

Richard Ledezma and Carlos Vinicius returned from their respective injuries ahead of PSV's 7:1 win against Volendam; and although both players were on the bench for the entire game, they will likely see some action today. However, PSV have a lot of players in the recovery room; this list includes Marco Van Ginkel, Luuk de Jong and Noni Madueke, amongst others.

A quickfire FAQ on Twente vs PSV 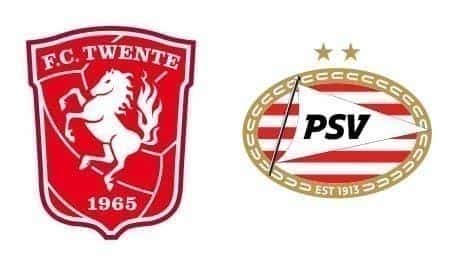