Third-placed Tottenham entertains sixth-placed Newcastle in the Premier League on Sunday for what should be a high-quality 90-minutes of football. Both teams have performed very well so far this season but with the home advantage, it's Tottenham that head into this weekend's clash as the clear favourite to win with all bookmakers.

Spurs have picked up three wins from their last five games against Newcastle and haven't lost once during that period. Tottenham have won three of their last four matches in all competitions and will be looking to bounce back from their midweek defeat at Old Trafford. While Newcastle are unbeaten in their last six matches, they didn't put in the best of performances at home to Everton but still came away with a narrow 1-0 victory.

Harry Kane goes in search of his 10th league goal of the campaign this weekend. Of his 9 Premier League goals this season, two have come from the penalty spot. We're backing Tottenham's top scorer to find the back of the net against Newcastle this weekend as he is in good form right now, netting 6-goals in his last 9 matches for club and country.

Tottenham looking to keep the pressure on Arsenal with a win

Tottenham knew they would be in for a difficult game against Man Utd at Old Trafford in midweek. The first half between the two sides ended goalless but the home side started the faster of the two clubs in the second forty-five and took the lead through Fred in the 47th-minute. That goal seemed to shock Spurs and forced Conte to play more attacking. With gaps opening up in the Tottenham defence, United secured all 3pts via a Bruno Fernandes goal in the 69th-minute.

Newcastle were always the favourites to beat Everton at home and 1-goal proved enough to secure the points. Everton have been strong at the back for the most part but seriously lacks a goal threat and this played into Newcastle's hands as Almiron scored a nice goal to give the home side the lead on the half-hour mark. The Toffees failed to have a single shot on target in what was another dismal display by the visitors.

Tottenham: Dejan Kulusevski and Richarlison could miss the game through injury but Emerson Royal returns from a suspension. 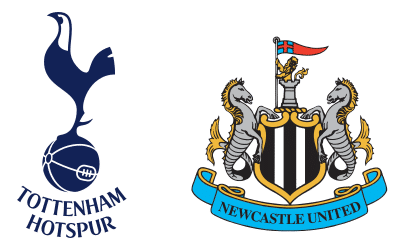