Liverpool have to win and hope that Man City slip-up between now and the end of the Premier League season if the Reds are to claim the title but with just four games to go, Klopp and co's chances get slimmer and slimmer each week. Champions League hopefuls Tottenham provide the opposition at Anfield on Saturday night and they arrive with plenty of motivation of their own to secure the 3pts.

There are plenty of possible goalscorers to choose from in this game but we're backing Liverpool's Sadio Mane to find the back of the net, adding to his 14 Premier League goals for the season. The Senegal international is in good form right now, scoring 7-goals in his last nine appearances across all competitions, so you can see why we've backed the 30-year-old to score against Spurs on Saturday night.

Liverpool would have ben expecting a tough game away at Newcastle last weekend, and that is just what they got. Only one goal was produced during the 90-minutes and it was Liverpool's Keita that scored it in the 19th-minute. Liverpool held on to secure a vital 3pts in the race for the title but Newcastle might feel a little hard done by not getting something out of the game.

Tottenham were in fine form against a lackluster Leicester side last time out. Harry Kane put the home side in front after 22-minutes and the provider of the first goal, Son, scored twice in the second forty-five to wrap up all 3pts. The Foxes did pull a goal back in stoppage-time but the damage had already been done by that point. Tottenham moved ahead of Arsenal with that result but only for a matter of hours as Arsenal went on to win their game against West Ham.

Liverpool: Roberto Firmino is a slight concern for the hosts with a foot injury.

Tottenham: Tanganga, Doherty, Reguilon and Skipp look set to miss the trip to Anfield through injury.

Liverpool vs Tottenham – Your Questions 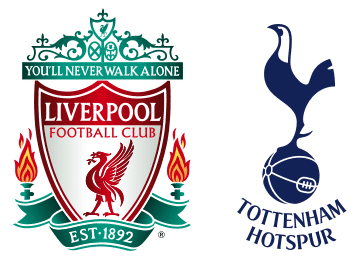