Free Tips and Predictions for Tottenham vs Everton

Tottenham are the favourites to secure all 3pts on Monday night when they host Everton in the Premier League. The pair had contrasting fortunes in the FA Cup in midweek and Everton arrive as the underdogs but with a decent recent record against the Londoners not to mention, a desperate need for the points.

We're going against the odds with this prediction but for good reason. Everton have only lost one of their last seven games against Tottenham in all competitions and four of those encounters have ended in draws. The pair played out a goalless draw at Goodison Park in November and the Toffees grabbed a 1-0 win on their last trip to the Tottenham Hotspur Stadium but Lampard is yet to win on the road with his new club, so you can see why we're going for a draw on Monday.

Under 2.5 goals were produced when these two sides last locked horns and four of their last five encounters in the Premier League have witnessed fewer than three goals scored. Under 2.5 goals have always been produced in three of Tottenham's and three of Everton's last five outings in league and cup, and we're predicting another low-scoring 90-minutes on Monday.

Everton must improve on the road

Tottenham were left bitterly disappointed by their performance away at Middlesbrough in the 5th Round of the FA Cup. Despite playing their best starting eleven against the Championship side, the game ended goalless after 90-minutes and ended up being settled in extra-time. Coburn scored in the 107th-minute to break the deadlock and Boro held on to earn their place in the Quarter-Finals.

Everton were at home to National League side Boreham Wood on Thursday night. Only twice before has a top division side been knocked out of the FA Cup by a non-league team, so the odds were stacked against the visitors. However, Boreham Wood defended manfully against their Premier League hosts and the teams went in at the break goalless. Everton, who made a lot of changes to their usual starting eleven, brought Richarlison on to start the second half and that helped open up the Boreham Wood defence. Rondon got on the end of two crosses in the second forty-five to put the home side 2-0 up. It was a great performance by the Toffees but Boreham Wood didn't cause them any bother and the result was inevitable.

Tottenham: Skipp, Tanganga, Bentancur and Moura are the main injury concerns for the hosts.

Everton: Mina, Gomes, Delph, Godfrey, Calvert-Lewin, Mykolenko and Davies could all miss the trip to the capital.

Tottenham vs Everton – Your Questions 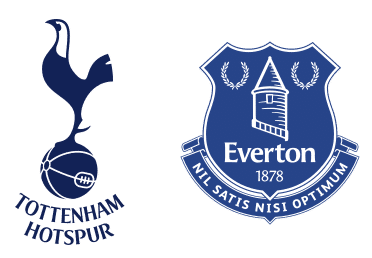