Brentford have shown some great performances to move well away from the relegation places and now look like they could claim a top-half finish in the Premier League this season.  Tottenham remain the favourites to secure the final Champions League place but can't afford to slip up as Arsenal are on the same points as them and Man Utd are just 3pts behind.

We're expecting an open and attacking 90-minutes from these two sides with both teams getting on the scoreboard during the 90-minutes. Both teams have scored in four of Brentford's and three of Tottenham's last six outings in the Premier League, and we're predicting more of the same this weekend.

Tottenham will need to be at their best to beat Brentford

Brentford would have been expecting a tough 90-minutes away at relegation battling Watford but still managed to take the lead in the 15th-minute via Norgaard. Just 10-minutes into the second forty-five, Watford drew level through Dennis and the game appeared to be heading for a draw until deep into stoppage-time when defender Jansson forced the ball home to win the game for Brentford and silencing the Watford faithful in the process. The Bees sit 12th in the table as things stand but could move into the top half with a win against Conte's men this weekend.

Tottenham were the big favourites to beat Brighton last weekend, especially as Kane and co had the home advantage. However, Brighton defended manfully and just when it looked like the game would end in a goalless draw, Trossard struck in the last minute to win the game for the Seagulls. Spurs dropped a big 3pts in their quest for Champions League football, especially with Arsenal returning to winning ways at Chelsea and could lose their grip on fourth spot this weekend.

Brentford: Canos, Onyeka, Pinnock and Jorgensen are likely to be unavailable for the Spurs game.

Tottenham: Tanganga, Doherty and Skipp all remain sidelined for the visitors this weekend.

Brentford vs Tottenham – Your Questions 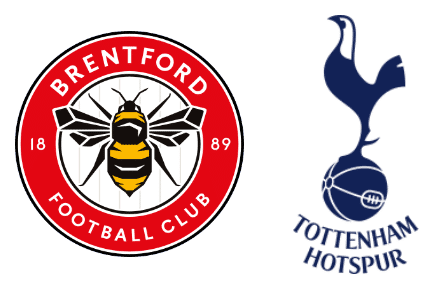