Verona are hoping to secure 9th-place in the Serie A table by avoiding defeat against Torino this weekend. The visitors sit one place and 5pts behind Verona with just two games remaining, so a win is the order of the day for Torino if they want a chance of leapfrogging Verona on the final day of the season.

We're expecting an entertaining game on Saturday with a good chance of seeing both teams get on the scoreboard. Both teams have scored in six of the last seven league meetings between Verona and Torino and five of those games have ended in stalemates. Each of Verona's last four fixtures as well as four of Torino's last five games have produced goals at both ends of the pitch, adding further weight to our prediction.

The recent form and performances from both teams suggest that there is a great chance that we will be treated to at least three goals on Saturday. Over 2.5 goals have been scored in three of Verona's and three of Torino's last four outings in Serie A, and we're expecting another goal-fest this weekend.

A draw would see Verona finish in the top half

Verona played host to the league leaders AC Milan last time out and took the lead in the 38th-minute through Faraoni. However, AC Milan got back onto level terms before the break through Tonali and the very same player made it 2-1 early in the second half. Florenzi added a third goal for the visitors late on as AC Milan claimed a 3-1 victory. That result hasn't dented Verona's hopes of a top-half finish and a draw this weekend would be enough to claim 9th position.

Torino gave a good account of themselves at home to Napoli in their last league game but were eventually undone by a 73rd-minute effort from Fabian Ruiz. Torino may have lost that game but overall it has been a good season for the club and a top-nine finish is still on the cards but it would require a win on Saturday.

Verona: Diego Coppola and Ivor Pandur are the two main injury concerns for the hosts.

Torino: Sanabria, Warming, Zaza and Fares could all miss the trip to Verona this weekend.

Your Questions about Verona vs Torino 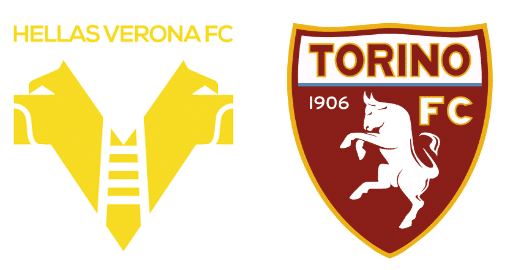