Torino have made a positive start to the new Serie A campaign and will move onto double figures if they can find a way to win on Monday. Lecce are finding life back in the top-flight tough having failed to win any of their opening four league games but did secure the domestic double over Torino the last time the pair were in the top division together, in 2019/20.

Torino ran out 3-1 winners the last time they took on Lecce in the 2020 Coppa Italia, and we're backing the hosts to win again on Monday night. The hosts have secured 7pts from their first four matches, most of which have been played on the road, while Lecce have lost two of their first four games and are yet to carve out their first win.

There is a good chance that we will be treated to goals at both ends of the pitch this Monday, as that has been the way five of the last six meetings between these two clubs in all competitions have also finished. Both teams have scored in three of Torino's opening four league games while four of Lecce's last five outings have ended with both teams getting on the scoreboard, adding further weight to our prediction.

All you need to know ahead of Torino vs Lecce

Torino made the tricky trip to Atalanta in midweek where they were undone by a man-of-the-match display from Koopmeiners. The Dutch midfielder converted two penalties and scored from open play to complete a hat trick, moving onto four goals for the season. Vlasic scored a consolation goal for Torino, his second of the campaign, but Atalanta ran out 3-1 winners.

Lecce were not expected to take anything from their game away at Napoli, especially after they fell behind in the 27th-minute. However, a quick response from the underdogs saw Colombo equalise in the 31st-minute and Lecce managed to get through the rest of the game without conceding another goal to secure an impressive and unexpected point.

Torino: Singo and Miranchuk are injured and won't be available on Monday.

Lecce: Brancolini, Persson, Cetin and Dermaku are not expected to make the trip to Turin due to injury. 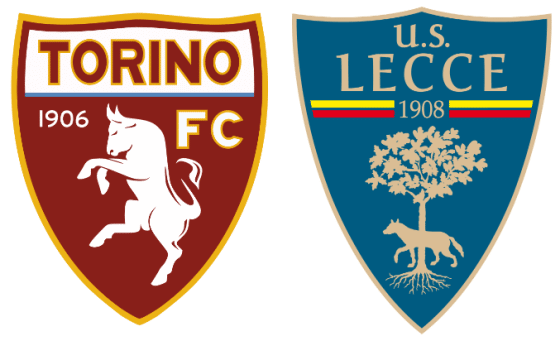