Inter Milan could move top of the table this weekend if they beat Torino and the AC Milan result goes in their favour on Saturday. Torino look set for a safe mid-table finish in Serie A this season but should not be underestimated on Sunday as they have the quality to hurt Inter Milan.

We're predicting a low scoring 90-minutes between Torino and Inter Milan as the last meeting between the two clubs in December produced under 2.5 goals. Even more reason to expect a low-scoring game on Sunday is the fact that four of Torino's and five of Inter Milan's last six outings in all competitions have witnessed fewer than three goals scored.

We're backing Inter Milan to do just enough to win this game as they have done on each of the last five occasions they have taken on Torino in Serie A. Torino have lost three and drawn three of their last six league games while Inter Milan have seen their form dip of late but did secure a 5-0 win in their last match in Serie A against Salernitana.

All you need to know ahead of Torino vs Inter Milan

Can Torino cause an upset this weekend?

Torino were hoping to bring an end to their winless run when they made the trip to Bologna last weekend. However, a tight and tense 90-minutes ended goalless in what was a forgettable fixture. Torino have 34pts on the board and appear to have too much quality to be dragged into the relegation battle and will still have their sights set on a top-half finish this season.

Inter Milan made the trip to Merseyside to face Liverpool in the 2nd leg of their Champions League tie. The visitors were 2-0 down and nobody gave the Italians a chance of winning at Anfield but Martinez did put Inter Milan in front just after the hour mark to give the Inter fans hope, only for Sanchez to get sent-off 2-minutes later. Liverpool used the extra-man well and although the game ended in a 1-0 defeat for the hosts, Liverpool progressed through to the next round on aggregate.

Torino: Pellegri, Milinković-Savić, Praet and Fares could all miss the game through injury.

Inter Milan: Stefan de Vrij is the major injury concern for the visitors and is expected to be out until late March. 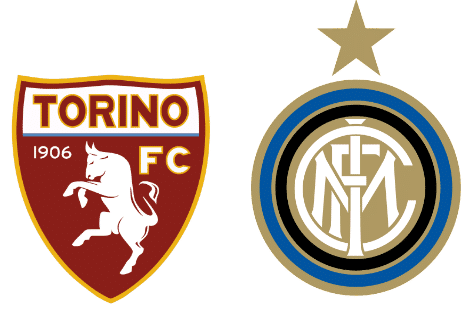