Torino welcome Fiorentina to the Stadio Olimpico Grande Torino on Sunday. Torino put their six-match unbeaten run at home on the line against La Viola.  Read our expert predictions and find the latest odds for the game below in our match preview.

Fiorentina are unbeaten in four previous meetings with Torino ahead of the team’s Serie A tussle on Sunday. Find our top three predictions for the fixture below.

Torino have been doing almost all of their good work at home this season and remarkably, only league leaders Inter have collected more points than Il Toro on their own patch since the summer. The hosts take a six-match unbeaten home run into Sunday’s test against Fiorentina and Torino’s ability to carve out result at the Stadio Olimpico Grande Torino could give them the edge again when an inconsistent La Viola outfit visit.

Torino have been bagging plenty of points at home in recent weeks, though securing clean sheets to complement their impressive results has been trickier task. Indeed, both teams have scored in four of Il Toro’s last six assignments on home soil and when you consider that the same bet landed in each of Fiorentina’s last three away tussles, circumstances look to be in our favour here. Both teams found the net in each of the last two encounters between Torino and Sunday’s opponents and we’re tipping that trend to continue.

Torino have been regularly flexing their muscles at home this season. Can Ivan Juric’s side power to another victory in Turin against Fiorentina?

Andrea Belotti and Simone Verdi are in the treatment room for Torino and both players could miss out on Sunday again. Ola Aina is away with Nigeria at this month's AFCON. Torino's game at Atalanta on Thursday was postponed due to a COVID-19 outbreak at La Dea and Il Toro should have more energy this weekend as a result.

Marco Banassi is an injury doubt ahead of Sunday's game for Fiorentina, while Sofyan Amrabat is on AFCON duty for the rest of the month. New signing Jonathan Ikone could make the matchday squad for the first time following his switch from Lille. Fiorentina also had their fixture on Thursday called off after their opponents Udinese were hit by a COVID-19 outbreak. 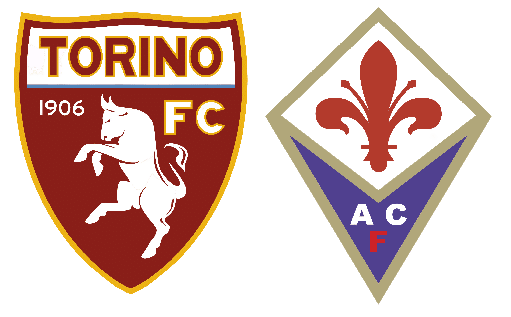 How to find the best odds for Torino vs Fiorentina

Here at Football Whispers, we provide the best odds available for Sunday’s game.

Sunday’s game will be played at the Stadio Olimpico Grande Torino.