Mid-table rivals Empoli and Torino lock horns in Serie A this weekend knowing that both have done enough to avoid relegation this season. Empoli will be looking for a win that would reduce the gap between the two clubs to just 4pts, while victory for Torino could take them into 10th position.

We're expecting this game to be very open and have backed at least three goals to be scored as four of the pair's last six encounters against one another have produced over 2.5 goals. Over 2.5 goals have also been scored in each of Empoli's last two matches, a 4-1 defeat at Udinese and a 3-2 win at home against Napoli. Torino's last two games also saw at least three goals scored in the form of a 2-1 home win over Spezia and an epic 4-4 draw at Atalanta.

Both teams have found the back of the net in four of the last six meetings between Empoli and Torino, and we're not expecting either side to keep their clean sheet intact this weekend. Three of Empoli's last five fixtures and each of Torino's last three outings in Serie A have also witnessed both teams score, adding further weight to our second prediction for Empoli vs Torino on Sunday.

Everything you need to know ahead of Empoli vs Torino

A close and competitive 90-minutes expected between mid-table rivals

Empoli must have thought they were going to lose at home to high-flying Napoli last time out, especially after going two goals down. However, a dramatic late fightback saw the home side turn the game on its head as  Henderson made it 3-1 in the 80th-minute and Pinamonti first equalised in the 83rd-minute and then scored the winning goal of the game 4-minutes later as Empoli stunned the club from Naples.

In midweek, Torino made the trip to Atalanta for what turned out to be one of the games of the season. Sanabria put the visitors in front after 4-minutes but Atalanta scored twice to move 2-1 in front. Torino equalised before the break through a Lukic penalty and the very same player scored from the spot in the 63rd-minute to make it 3-2. An own goal from Freuler thrust Torino into a 4-2 lead but the visitors couldn;t hold on and Atalanta scored two late goals to make the final scoreline 4-4.

Empoli: Bandinelli is suspended for the hosts, while teammates Tonelli and Haas could miss the game through injury.

Torino: Izzo, Warming, Zaza and Fares could miss the trip to Empoli due to injury. 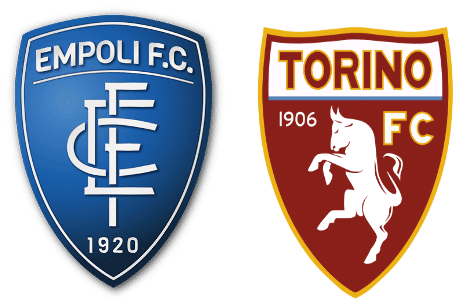